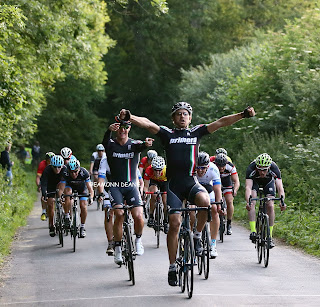 Calum Croft (Primera-sport.com) won round seven of the Moreton race series as the "Old firm" Primera team stamped their authority all over the race. Newly crowned Masters Criterium champion, Jay Eastwood set up the win for Croft after a last lap attack involving Croft, James Horton (Primera-sport.com) & Ryan Weston (Poole Wh) had been snuffed out by the fast moving bunch. 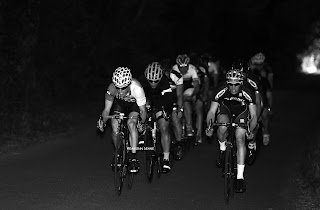 Eastwood always seems to have another gear but took his foot off the gas as Croft hit the front, comfortably winning the sprint. Simon Merritt (UK BIKING) held his nerve to take third place with last week’s winner James Horton grabbing fourth, and with it, enough points to lead the season-long Dorset League. Some generous handicapping produced a fast race, Lizzie Campbell (Bournemouth Jubilee Wh) the last to be caught, still away at the bell Campbell saw her chance of glory wiped out by Croft & Co. 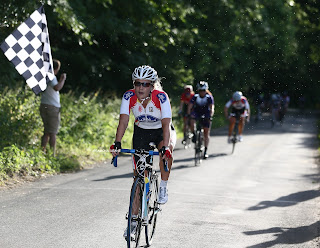 In the women’s race, Molly Haycock (Bournemouth Arrow) profited from the work of others, sitting in the wheels as teammates Lucy Edmunds & Debbie Cooper forced the pace on the front. Haycock was happy sit in, only coming to the front when it mattered and then putting sunlight between herself and the rest. A disappointing turnout from the women this week, only 12 compared to last week’s 20. 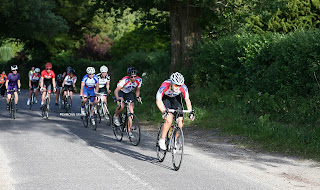 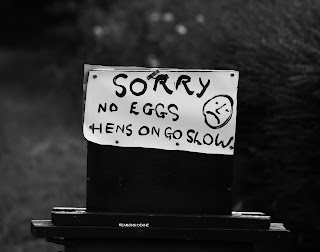 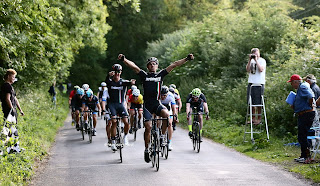 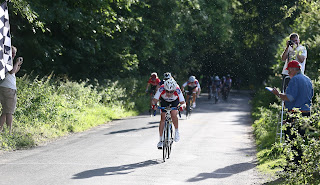 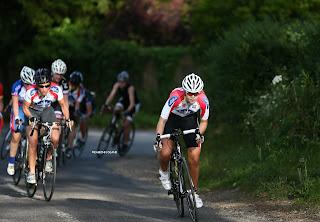 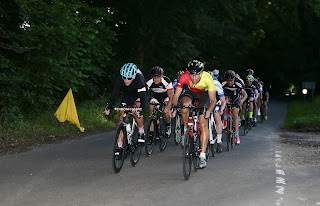 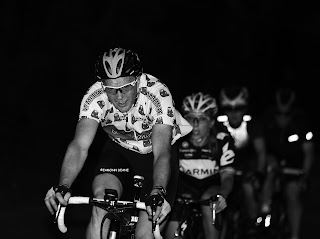 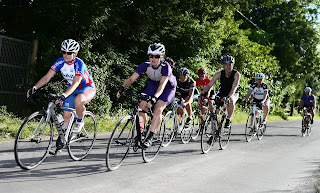 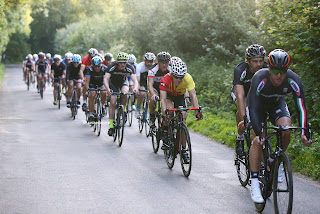 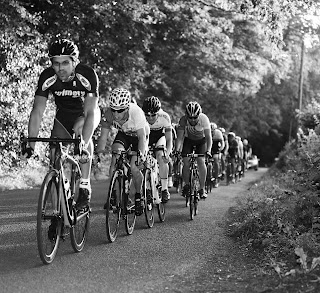 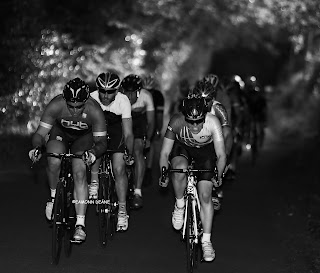 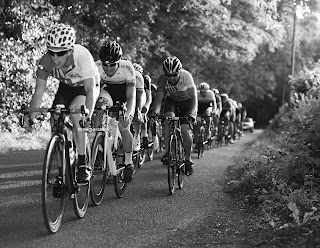 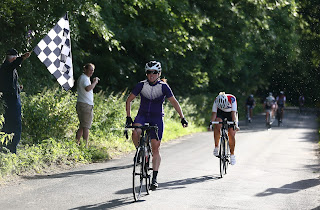 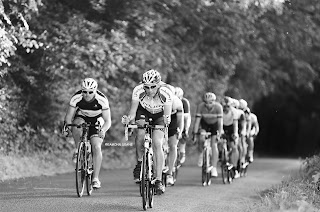 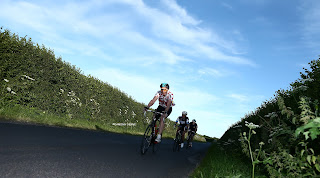 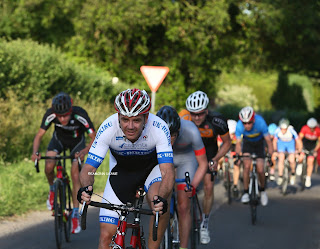 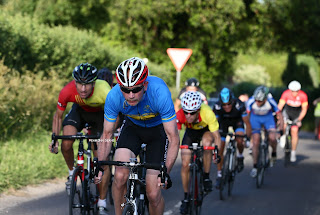 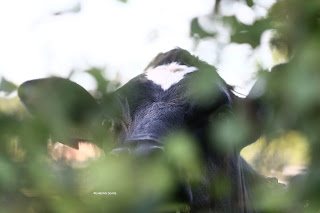 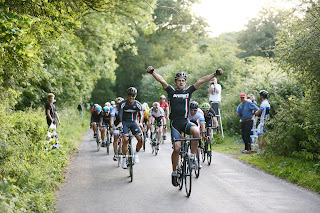 on June 25, 2015
Email ThisBlogThis!Share to TwitterShare to FacebookShare to Pinterest