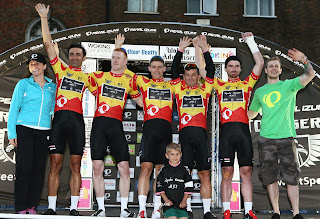 Ryde, on the Isle of Wight will host the opening round of the Pearl Izumi Tour Series the Island race will also include a team time trial. The ten round series travels the length and breadth of the country, visiting Scotland, Wales as well as a visit to Canary Wharf, London. A five-round Womens Grand Prix series will run alongside the tour series, dates to be announced soon.
Round One, Thursday 14 May, Ryde, Isle of Wight (including Team Time Trial)
Round Two, Tuesday 19 May, Redditch
Round Three, Friday 22 May, Aberystwyth (including Hill Climb)
Round Four, Tuesday 26 May, Motherwell
Round Five, Thursday 28 May, Durham
Round Six, Friday 29 May, Barrow
Round Seven, Tuesday 2 June, Croydon
Round Eight, Thursday 4 June, Canary Wharf
Round Nine, Tuesday 9 June, Peterborough
Round Ten, Thursday 11 June, Bath

on February 26, 2015
Email ThisBlogThis!Share to TwitterShare to FacebookShare to Pinterest