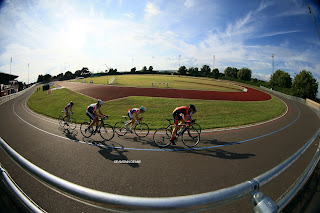 Track racing returns to Portsmouth for 2017 with two counters for BC National Series along with a series of Open track Meetings for grass roots riders.
Racing Club Omega will be organising a Counter of the BC National Hard Track Endurance League at Easter along with the first counting round of Group 6 for the BC National Youth Track Omnium 2017.
A new venture following on from the successful fixed wheel racing at the Calshot Winter Track League is a series of five stand alone open Track Meetings to be organised on the first Saturday afternoon of the month starting in April and running until August.
All youth categories on fixed wheel will be catered for at most of the dates and whilst time has been allowed for women in the programme we hope they will support the events (please see notes below for the few exceptions)
Entry is via the BC Website and is now open
2017 dates
Portsmouth Easter Track: Saturday 15th April 2017 (No U10 / U8 fixed but there is a free wheel event for them in the morning at the Portsmouth Easter Circuits) 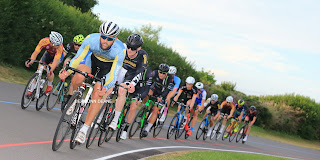 CIRCUIT RACING AT PORTSMOUTH DURING 2017
Racing Club Omega are pleased to announce that they will be continuing to organise circuit racing at the Mountbatten Centre in Portsmouth during 2017.
There is a problem with the floodlights at the Mountbatten Centre, but we have been assured that the issue should be resolved by Easter and if this is the case then we might be able to include some additional categories in the evening events.

Hence the season will start at Easter with the Portsmouth Easter Circuits and then move into the Portsmouth Evening Circuits which are planned to start in May and run until August at the moment.

on October 25, 2016
Email ThisBlogThis!Share to TwitterShare to FacebookShare to Pinterest