Dorset Miles, The Freedom to Ride.

Shoes still wet from Saturdays blast, press on cranks with not as much power as hoped but no more than expected. Just three of us head out by Hurn Airport, Parley Cross and on to Wimborne Minster, the porridge kicks in, the legs come to life and a tailwind pushes us on to Horton, via Chalbury Common. 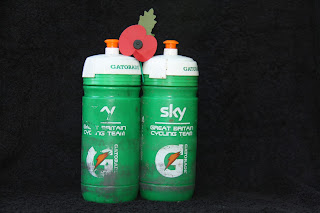 It’s not raining but the roads are wet, just the conditions waterproof socks were made for. Briefly on the main road, then Wimborne St Giles, Monkton-up-Wimborne & Sixpenny Handley and the climb across Garston Down. The descent to Woodminton is not a favourite, fast with a gravel covered left handed twist at the bottom, today covered with wet leaves, “to brake or not to brake?” We are lucky to get away with just a rear wheel puncture, although we did not feel lucky. The Bell Inn at Bowerchalke has been a private house for over 20 years now but I still look wistfully as we pass. On to Broadchalke and the climb up Knowle hill, steep at the bottom then dragging on and on it seems. The weather has closed in, the wind is in our faces and the rain is not so much falling as just hanging in the air. From the Ox drove at the top it is fast down to Martin Drove End on the A354 and on to Martin, Tidpit and the mucky slog up through Martin Wood. The drop down to Cranborne kicks up a few times before arriving at the old village, a minutes silence on this Remembrance Sunday, to honour the fallen, the freedom to ride bicycles is ours. Woodlands, Haythorne, Horton & Chalbury again, Gaunts Common, Pig Oak and Furzehill, we know the route so well. Colehill is hard but taken steady is no problem; Ham Lane has temporary traffic lights, which, of course are red, while those at Parley are green and we sail through keeping the momentum back around the Airport and home for tea that tastes as good as the first one of the day.
3HRS 50 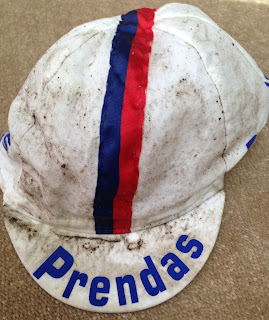 on November 08, 2015
Email ThisBlogThis!Share to TwitterShare to FacebookShare to Pinterest