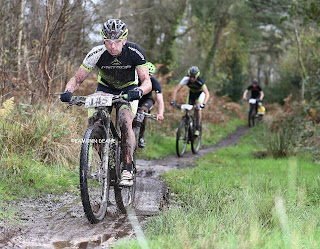 Kim Little (Merida UK) has enjoyed a great season, winning races off-road, on road and against the clock. A true all-rounder, Little thrives on racing 12 months of the year, his end of season break was a week in Girona getting the miles in! “Local Riders Local Races” caught up with Kim at the Bournemouth Jubilee Wheelers hill climb, which he won, for a quick Q&A.
HOW DID YOU GET INTO CYCLING?
I’ve been riding since i was 13 on the mountain bike, a friend bought one of the first ever ones made which was a muddy fox and after one ride i was hooked. A few school mates also got the bug and we started riding regularly and racing soon after. I got my first road bike around eight years ago after joining my local club the Gillingham Wheelers.
TYPICAL TRAINING WEEK?
I don’t put in big hours training, on average around 7hrs a week, but make sure all that i do counts. I’m not a fan of low intensity training or even long rides over 3hrs. I’ll usually have a rest day Monday after a weekend race, then a good tempo effort on a Tuesday. During the summer i do the club time trial on a Wednesday and then will taper down towards the weekend if racing with a few hard efforts mixed in. 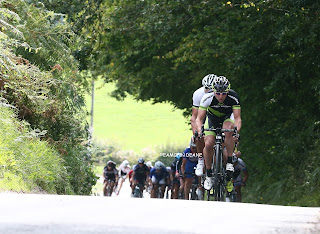 FAVOURITE TRAINING SESSION?
Living in Dorset i really enjoy riding in the Purbecks, so my ideal ride would be a good few hours exploring some of the hills over there with a couple of KOM efforts to liven it up. 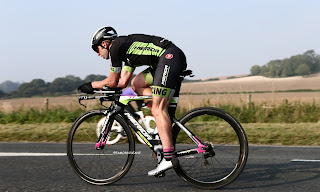 FAVOURITE DISCIPLINE?
Out of all, the mountain biking is my favourite. I like the constant challenge and the changing terrain. MTB racing is very different to road too in that its 100% down to you, there is no drafting in the bunch or breakaways, the best rider always wins
HOW MANY BIKES DO YOU OWN?
I have one bike for each discipline i ride. I’m lucky to be sponsored by Merida so have the choice of some great bikes. So for MTB i have a Merida Big Nine Team 29er, a Merida Reacto DA for road and a Merida Warp TT for time trials. I also use a Kickr direct mount turbo trainer over the winter. 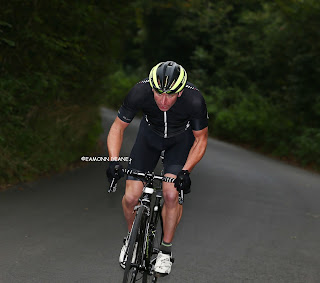 DO YOU EVER TAKE A BREAK?
Not unless forced!. I enjoy the sport too much. I also find that working at a desk most of the day i need to do something active every day to unwind.
WHATS YOUR FAVOURITE FOOD & DRINK?
I could eat pasta every day easily without getting bored! A Peroni always goes down well with that. 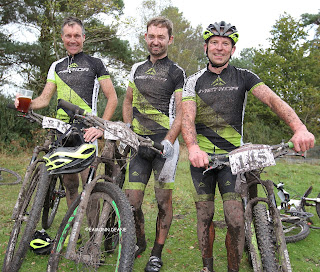 WHAT WILL YOU DO ON THE BIKE OVER THE WINTER?
Looking at my calendar there is almost as much racing over winter as in summer. I like to compete in the local OffCamber series of MTB races as well as the excellent Gorrick events. I also just started doing some ‘virtual’ racing on Zwift which is pretty fun as able to race other people from all other the world. 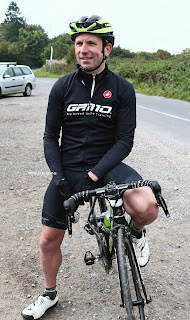 BEST RESULT?
This season was my best ever in terms of overall results, being ranked 7th Expert in the UK for MTB and getting my 2nd cat road licence. My hardest i think was my win in the bournemouth cycleworks purbeck race, riding solo for 40 miles

HAVE YOU GOT A COACH
I’ve never had a coach, i’m not too sure i’d get on well with doing fixed sessions, i prefer to see how am feeling on the day and make it up as i go along

POWER METER OR HEART RATE MONITOR?
I use a HR monitor for most rides and races and have a power meter on the road bike and indoor trainer. Outside i don't ride to any zones but do like the geeky element of checking the data. On the turbo trainer i use the TrainerRoad app and combined with power this lets me do set interval sessions, i think these are great training and really bring on speed and strength. 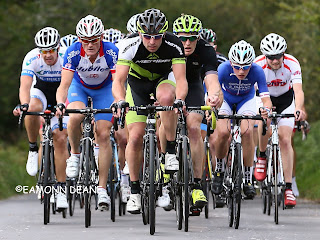 DO YOU KEEP A TRAINING DIARY?
I use Strava as a training diary, i really love how slick it integrates with the Garmin, automatically uploading at the end of a ride.

WHO IS YOUR HERO?
Not someone a lot of people will have heard of, but my cycling hero is John Tomac, he was a mountain biker from the 90s, he rode many disciplines from MTB (World Champion) to Downhill, BMX, TTs and also the Giro and Paris Roubaix for the Motorola team. A true all rounder. 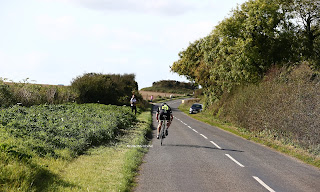 on November 18, 2015
Email ThisBlogThis!Share to TwitterShare to FacebookShare to Pinterest