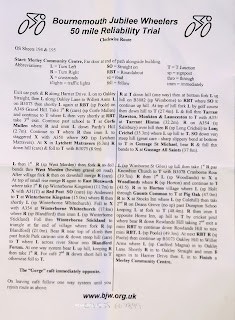 One hundred signed on for the Bournemouth Jubilee Wheelers 50 Mile reliability trial, it costs £1 to ride “Is it signposted?” Is the question, "I’ll give you a quid, you go and signpost it, of course it’s not signed, it is a reliability trial!” The club chairman can be a bit of an old grump at times but maybe he has a point? 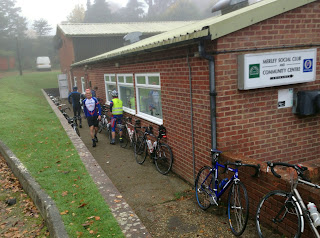 on November 01, 2015
Email ThisBlogThis!Share to TwitterShare to FacebookShare to Pinterest