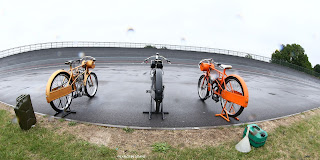 Heavy rain caused the cancellation of the national Derny Championships at Bournemouth Cycling Centre on Saturday. The tarmac surface offers no traction when wet and the painted track markings can be treacherous. 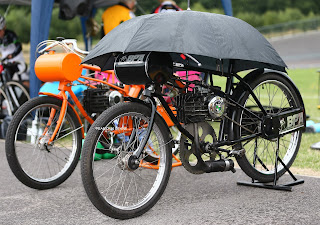 Despite the poor weather forecast, early signs were good as the riders warmed up on a windy but dry track, anticipating an exciting days Derny racing. An official’s whistle signalled the pre-race briefing, the heavens opened and that was that! Promoter Paul Gittings delayed for an hour but had little choice but to postpone the championships. 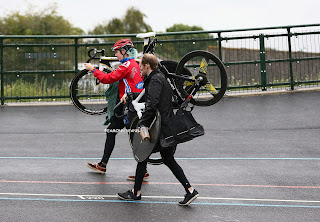 Taking shelter in the nearby community centre, chief Commisaire, Martin Bridgwood broke the not unexpected news to the disappointed riders, some of whom had travelled from Scotland. Bridgwood offered the option to try to race on Sunday but a consensus could not be reached. Gittings and British Cycling will take a decision as to where and when to run the rearranged championship and only those riders that signed on today will be eligible to ride. All that was left to do was advise the Mayor of Bournemouth he would not be needed for the prize presentation. 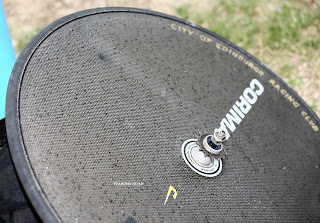 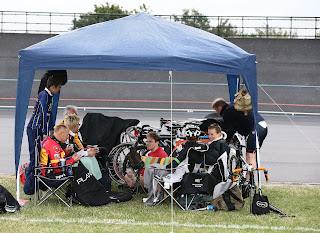 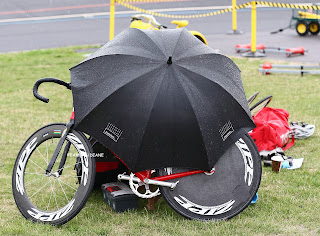 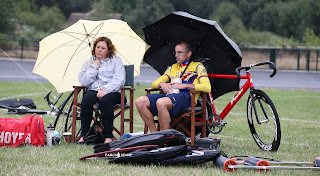 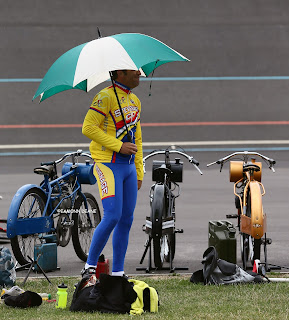 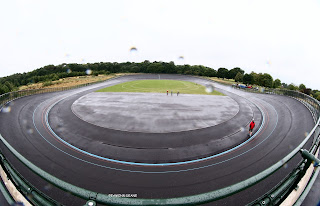 on August 17, 2013
Email ThisBlogThis!Share to TwitterShare to FacebookShare to Pinterest