Limited Racing at Bournemouth Track in 2019 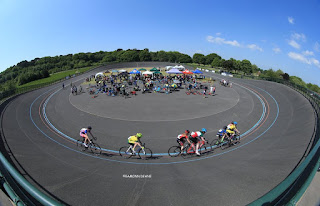 With just four meetings planned for the coming season, racing opportunities at the Bournemouth track are limited this year. An Open day in July and two Youth races in May & June are the only competitive events currently planned at the £750,000 facility at Ensbury Park. No weekly track league has been announced this year after low numbers caused the cancellation of the league last year. Bournemouth Jubilee Wheelers are planning a summer track day on Saturday 13th July and Poole Wheelers will run a Youth Omnium on 18th May and a Youth Sprint Omnium on the 29th June whilst Blackline coaching will run a summer open meeting in July. The British Cycling/Bournemouth Council funded outdoor velodrome was opened in the summer of 2011 by former Great Britain CT coach Geoff Cooke but has struggled to establish itself as a "go to" venue . Speaking to Local Riders, Local Races at the time, Cooke said

"Its just getting the youngsters, the kids from Bournemouth. Once it becomes the place to be, once you get some of the big hitters coming down and wanting to do it and you start getting kids fit, that's what its about, its about the kids!"
Do you think it is imperative that the local clubs are involved?
"Yes,Yes, they dont get all critical of it, come down here and have fun, come down and just ride the bloody thing and have fun. You will get a community atmosphere and it will self- police itself, it really will!"