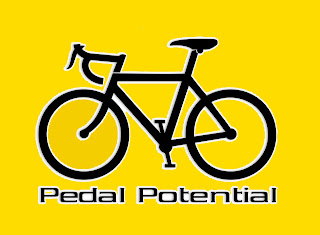 2018 will see the start of another promising year for Pedal Potential, the South-based Community Interest Company, which has supported a variety of young athletes across different disciplines to achieve success on National, European and World stages. Established in 2014 by a group of like-minded individuals who provided personal financial backing as a start-up, the fund together with donations from interested companies and a hedge fund, has enabled many athletes to realise their ambitions. In the cycling world Pedal Potential has supported the two previous winners of British Cycling's National Junior Road Series, (Charlie Meredith in 2016 & Oscar Mingay, 2017), seen Jacob Vaughan move to the Lotto Soudal U23 squad following impressive results in Belgium and Jacob Scott move to One Pro Cycling after his stand- out ride at the Tour of Britain. Pedal Potential CEO, and hard working BC South Region secretary, Mark Williams told LR,LR.....

" From the very beginning we have all been bowled over by the success that a degree of financial assistance can bring for an athlete and it is great to see the growth of similar funds that support young talent. Our insistence on a monthly Blog from each supported athlete has helped raise their individual profile, acting as a great,up to date CV for future sponsors. Our team of cyclists for next year retains Oscar Mingay, Paul Double (Zappis RT) and George Clark (Goma Dakwerken), with a further five young riders announced in January. Our current financial forecast is tight but we always review applications based on future donations; from the outset all involved in the funds administration do so voluntarily and do not draw a penny"

Applications to mail@pedalpotential.co.uk or to find out more about PEDAL POTENTIAL including how to support this grassroots initiative visit their website HERE

on December 28, 2017
Email ThisBlogThis!Share to TwitterShare to FacebookShare to Pinterest