British Cycling president Bob Howden has paid tribute to the volunteers without whom “we simply would not have a sport” after receiving an OBE in the Queen’s New Year Honours list and hailed Chris Froome’s OBE as “well-deserved recognition of an extraordinary individual who represents the best of British sport”.

Howden and Froome have both received OBEs, announced today – the British Cycling president’s after decades in service of the sport and Froome’s after an historic second Tour de France win this summer.

Froome’s success made him the first British rider to win a second Tour de France and Howden said the Team Sky rider had earned his recognition. 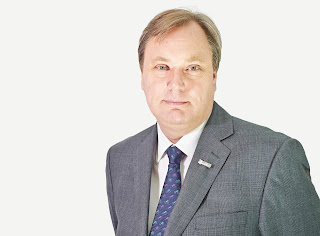 Bob Howden
Howden said: “Chris’s OBE is well-deserved recognition of an extraordinary individual who represents the best of British sport – not only in terms of his achievements, and the hard work and dedication which earns them, but also in the way he conducts himself.

“He came under unprecedented pressure this year, which I know he accepts as a burden all sport’s great champions must carry, but the dignified manner in which he dealt with it was an example for us all.”

Froome said: "I am extremely humbled and very proud to receive this honour. It is obviously further recognition for the sport of cycling and it caps a fantastic year for me professionally and personally. It wouldn’t be possible without the help of my team-mates, coaches and of course the love and support from my family."

Howden’s OBE comes in the third year of his presidency and after a volunteering career which started over 40 years ago and which progressed to race organising, regional committees and a place on the British Cycling board.

He said: “Naturally I feel very proud to have been honoured by Her Majesty but, like the thousands of volunteers up and down the country who help put on bike races, organise club runs, coach young people and help out in a thousand different ways, I’ve really been motivated by love of the sport.

“Cycling has come a long way in the last 10 years and much of the credit for that is due to an army of people who are passionate about cycling in their communities and give freely of their time and expertise, so it was great to see the Government start to recognise the value of volunteers in the new sport strategy announced just before Christmas.

“Volunteering in cycling is incredibly rewarding, I would recommend it to anyone of any age and I'm an example how far volunteers can progress in this great sport."

on December 31, 2015
Email ThisBlogThis!Share to TwitterShare to FacebookShare to Pinterest