Primera-TeamJobs Race Team announce their squad for 2016,experinced road captain Jay Eastwood and prolific 2015 winner, Calum Croft will be joined by exciting young prospects, Alex Hart (from Sarum Velo), Ed Hatfield (from UK BIKING) and Oscar Hutchings (from Bike Shed-UEX). Andrew Syme & Ellie Gilham stay with the team for another year, with Jason Gault riding and sponsoring the formidable-looking squad. British Masters Criterium Champion, Eastwood adds “Andrew, Calum and Oscar really want to feature in the Wiltshire GP, Regional Championships and if possible the odd premier calendar. Ed will concentrate on the national junior series and the rest of the team will focus on local races.”

With a successful 2015 season notching over 60 podium spots half of which being on the top step, Primera is set to grow.

Keen to support local cycling talent, Bill Temple owner of Primera Sports of Bournemouth is pleased to announce that TeamJobs will be co-sponsoring the team for 2016. 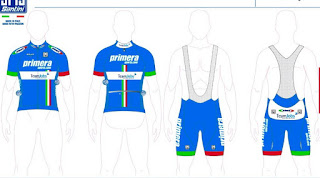 Recently announced winner of the Dorset Company of the Year Award, TeamJobs are a focused and innovative recruitment business based in Poole, Dorset, resourcing the best staff for key local businesses. Managing Director Jason Gault who will also be riding on the team said "Together with Primera we have invested in a team of talented local riders competing in all aspects of cycling competition. Cycling is a tough but fun and rewarding sport that requires discipline and determination to succeed and therefore a great media to promote our business” 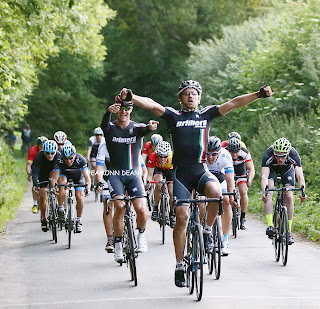 Breeze Volkswagen of Poole, Dorset will also be adding their support to the team. Equipment from Specialized and Salice will be used by all riders who will be wearing an all new kit supplied by Santini. 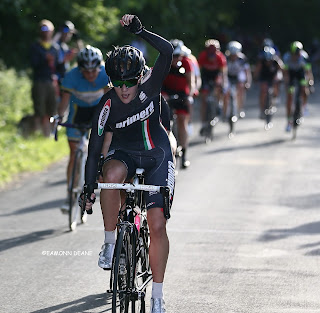 on December 13, 2015
Email ThisBlogThis!Share to TwitterShare to FacebookShare to Pinterest