Over 1200 competitors representing 48 countries broken down by age, there were 224 riders in mine which was the younger better looking 40-44 yrs young, Writes Jay Eastwood………. 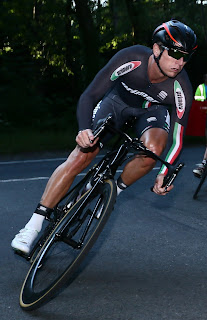 It was always going to be a tricky start which was neutralised for the first 2k out of Aalborg City Centre due to the Traffic Islands, cobbles and curbed cycle lanes that needed to be jumped and dodged depending on your position in the road.
My jumping and dodging was going well until a not so attentive Mr Sweden swerved in front of me putting me on my GB Masters backside just at the point the flag was waved and the race started. Mine was one of about 4 spills at this point but that's racing.. Already dropped and with the race underway, I had lost around 2 minutes on the peloton which was in full swing, so for the next 10 miles or so the chase was on and and I eventually reached the tail. Having never been before, for some unknown reason I thought that Denmark was flat, however that could not be further from the truth. Hills and rolling terrain seem endless constantly being brushed by the relentless winds.
Just as I reached the peloton we hit the first climb which split the field 50/50. The Venge and I crawled through and then had to work hard again to make it to the front group which I eventually did but the effort had taken its toll, (on me not the Venge which worked perfectly on the Danish roads). The course, no matter how it rolled was never going to me my thing due to the distance which I'm more than happy to admit but I still wanted to give it 100% on the day. With crosswinds and another climb, 50 miles into the race the leaders pulled away with nothing I could do but watch. As the smaller groups settled in for a bit of Through & Off we closed the gap twice but the wind was always going to have the last word. Then came the steepest climb of the race which I was aware of as it led directly to our hotel. This was to be my final undoing and where I said goodby to our established group rejoining 3k later momentarily as we hit yet another climb - this time it really was all over.
I settled into a rhythm and with the same Mr Sweden that had taken me off at the start we worked away until he fell away with 20k to go (shame) and so it was a solo ride home from there.
I finished 87th out of the 224 starters in my group which is a long way off 1st but I'm more than happy with 100% effort and a 36km/h average for the 164k (Did I mention it was hilly and windy?)
With the course tough as it was, I would say without hesitation that whomever is wearing the Gold Medal and Rainbow Stripes this evening, no matter their age or nationality is a deserved winner.
Sport and cycling in particular is a great medium and a holds a universal language in its own right. The conversations albeit in broken English at times are no different to those I would have if riding with friends at home, nice bike, how has your season been, thanks for knocking me off Mr Sweden.. Ok, maybe not every conversation.
The cycling community is also a very generous and I would like to thank Bill Temple for his support with not just this race but the many others that have taken place before it as well as the entire Primera team from Ross's 'little' digs when I don't perform to Steve and Jay who are two of the best mechanics I have ever met. Thank you for the numerous messages I received from friends and Primera customers and of course my wife for letting me go. Finally, a massive thank you to Carrie Gault for the loan of my soigneur for the week Jason Gault, who after he kindly let me drive all but 50 miles of the 941 miles to Denmark offered unquestioned support throughout, without which the last week would of been difficult to say the least and not just because he had a Sat Nav!

on September 08, 2015
Email ThisBlogThis!Share to TwitterShare to FacebookShare to Pinterest