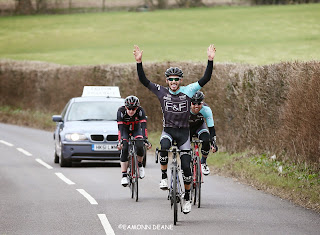 George Harper celebrated his first win in over a year at the 60 mile Severn Bridge race, as ONEPRO CYCLING continues to dominate the early season. Harpers victory along with team wins at Perfs, Clayton Velo & the Devon Primavera have made it an all-conquering debut for Matt Prior’s team. Confidence is high, the excitment of the team launch, the new kit unveiled, a berth on the Pearl Izumi Tour Series announced, a piece of cake this cycling lark! No doubt sterner questions will be asked as spring starts to bloom, disappointments will have to be faced, the true test of morale but for now ONEPRO CYCLING have all the answers and as road captain Yanto Barker says “You can only beat who turns up” 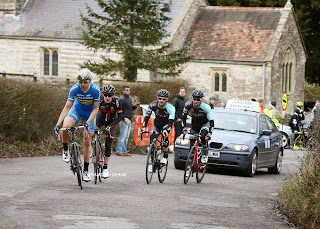 Harpers win came after he and Will Bjergfelt (Sport Grub KUOTA) had bridged across to Barker and 18 year old Eddie Dunbar (NFTO) with three, six mile laps remaining on the Chew Valley circuit near Bristol. The climb of Stowey Hill, tackled ten times, would shape the race, forcing selections and dishing out suffering to early-season legs lacking race miles! Young Eddie Dunbar had energy to spare on the two mile climb, snapping up the King of the Mountain points and pulling away a strong group of ten that the bunch would never see again.The gap would eventually go out to more than three minutes. Dunbar and Harper had already enjoyed a few miles off the front before this decisive break 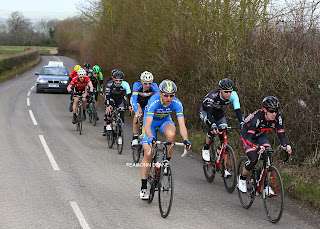 The youngster would certainly have benefited from the older head and stronger legs of teammate Rob Partridge who was amongst the ten but a mechanical problem forced Partridge to chase and left Dunbar outnumbered. 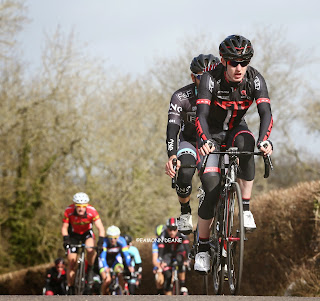 It was though, Dunbar again a couple of laps later, taking an unassailable lead in the King of the Mountain competition and opening a gap that only Barker could or would close. Harper and Bjergfelt worked hard to get across the gap, Harper was rewarded well for his effort, Bjergfelt would pay for his but thoroughly deserved fourth place.

Rider Reaction
George Harper “With the hilly course we knew Eddie Dunbar would be keen for the win but we basically focussed on getting a rider in every move, always moving forward, I was feeling really good going into the race, my training has been amazing, Steve Benton is a great coach, so my form has been better than it ever has been so I knew I was not going to struggle even though my legs felt a bit wobbly at the start. We were in a break of ten with teammates behind we knew the move was good, me Marcin and Yanto, there were three NFTO there but Rob (Partidge) had a bit of bad luck which was good for us. Yanto and Eddie chipped off up the road and got a minute, I had every faith in Yanto to finish the job but it was better for us to try and get numbers on Eddie, the safest option was to get across, I did not know if I could do it, it took us ten minutes to get over, Yanto saw me coming, I waved. We knew we needed to get rid of Will (Bjergfelt) to make things simple, Yanto did a massive effort, it almost cracked me but it got rid of Will. 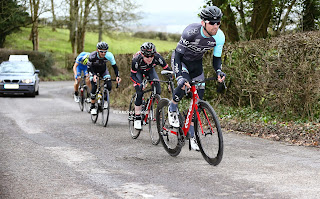 I spoke to Yanto on the road and we agreed the sprint was good for me; it was pretty straight forward from there. It is my first win for eighteen months, I needed the win, I have had good form and I have been capable but just a lack of confidence”

Yanto Barker “You have got to be happy with that, a solid performance; we did not put a foot wrong. I knew George was coming across, I am expecting someone to come across, they are all talented boys. Eddie was taking the primes quite enthusiastically, I was a bit nervous but I am a turbo diesel these days, the longer the race goes on the better I feel. He gapped me at the top of the hill but I was not panicking. I was happy when George came across I was also keen to keep the variables to a minimum and that meant getting rid of Will (Bjergfelt) so it was just two against one, it’s part of having a strong team. I know what we are doing, we have the power meters and I know what other people will have to do to keep up. We are both fairly quick in the sprint but with a bit of a rise like that it probably suited George, he is a class bike rider and I think you will see him win a few more times this year”

Eddie Dunbar “ I am happy enough, its always nice to get a win but considering the riders that beat me have been racing for three weeks and this is our first race. Myself and Lloydy rode very well, Rob (Partridge) had a mechanical, if that had not happened the result may have been slightly different but in fairness to ONEPRO they took advantage of it and came out on top, hopefully in the next few weeks it will be us. I was hoping the two of us would stay away, I thought I would get the better of Yanto on the hill but I knew George Harper was coming which prevented Yanto from working, I was kind of left on the front. There are bigger fish to fry in the coming season so I am happy where I am”.

Will Bjergfelt “It was tough, I am a bit emotional actually, I moved house only forty eight hours ago, yesterday I was fitting carpets in the kids bedrooms. I have a lot of confidence in my ability at the moment, I have trained really hard over the winter, I have been on the track, lightened up and have not ridden any cross, really concentrated on the road and its made a big difference, I have a really strong team around me, fantastic equipment and I am full of confidence that I will have my best year this year. George and me got across, George was strong, as soon as Yanto saw us coming across he sat up, which is what you do as a teammate, that put Eddie on the back foot but Eddie is amazing for his age, so young, so talented, he has a great future in front of him” 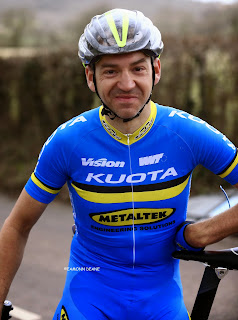 Marcin Bialoblocki “ A very good race, we won again, It was not too hard, I am going really well”
Rory Townsend “ I was in the right place at the right time, we were working well for a few laps then things started to break down, every time up the climb Eddie Dunbar was clipping off and doing a good job, it’s the first time I have raced with him and he lives up to his reputation”
Dave Povall NFTO manager “The team have always committed to supporting good regional races and races close to home. We just wanted to blow the cobwebs away, the team have just come off of the back of a very, very hard five day block of work, we did not even give them an easy day Friday, we pushed them on, it’s nice to come and show our support, respect to the Severn Bridge race but we have other aims and objectives for the season, of course it would have been nice to win, Yanto did not pull a turn for Eddie for one full lap, Eddie is a first year senior, if I was managing Yanto I would have expected him to do exactly the same, we are racing you know. Maybe they have different aims; maybe they are targeting regional races for a couple of headlines. It’s a tough ask for a boy who is only just Eighteen, they are going to ride another 70 km home now.” 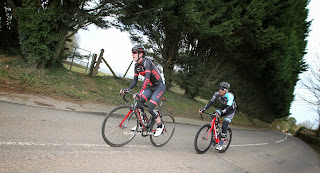 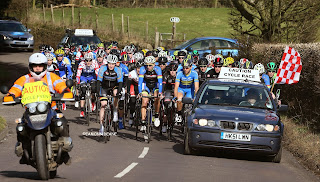 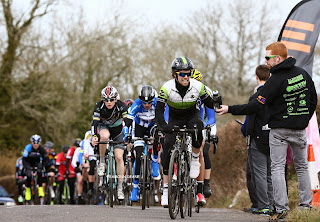 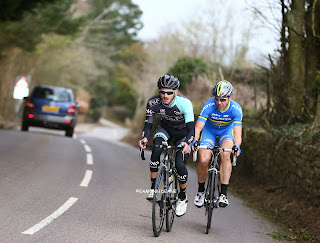 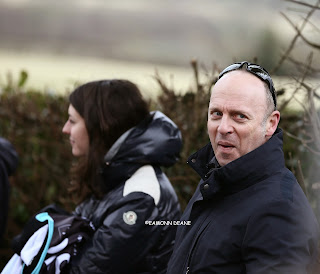 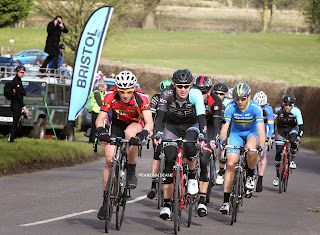 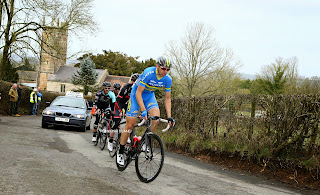 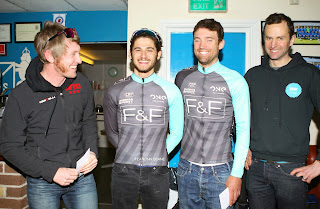 on March 01, 2015
Email ThisBlogThis!Share to TwitterShare to FacebookShare to Pinterest