Fielding on Form at Ludgershall 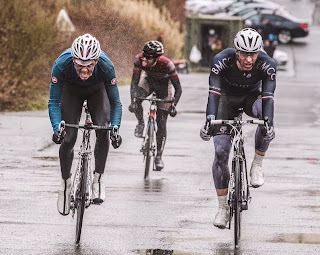 Harrison Fielding (Unatt) won the final round of the Ludgershall Winter series on a wet and windy day on the Wiltshire test track. The former Poole Wheeler has spent much of the winter training in Spain, the eighteen year old has the miles in the legs, its all about finding speed now(and a team). Fielding says “ My condition is ok, at the moment I dont feel like I'm on brilliant form, I'm literally just coming of the back of hours and hours steady state work, so the ability to keep going all day long is there. The speed work is slowly starting to come into my training plan so should soon be getting some good form to hold onto for the year. I'm at castle coombe next weekend, and Wally Gimber on 22nd then James Atherton Road Race then after that little break for a couple of weeks, Three big races of the year that I'm targeting are the Rutland cicle, South region champs, and national under 23 champs.” 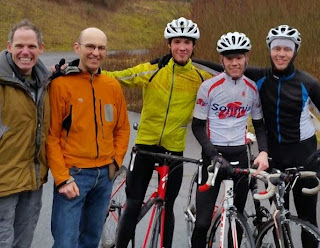 A standard late February morning greeted our racers as they departed home for the Ludgershall circuit for the final instalment of the Winter Series. Grey, dreary skies with a constant drizzle and not a peep of sunshine, roll on summer racing!

As was the case for the last few races the 4ths were split in to odds and evens due to large numbers attending. The DHC boys all managed to secure places in the odds race meaning they could work together – this proved critical in the race.

Learning from his growing experience Matt stayed in the wheels for most of the race to preserve his strength for when needed – bike racing is not about going as fast as possible after all. Ed was up and down in the peloton and took a few turns on the front as did Lou.

Coming on to the last lap Matt was out in the wind toward the rear of the peloton; no body was letting him in, it seemed his race might be over. Step in Ed Rowe who had seen Matt was out on a limb, in an inspired and selfless move Ed sprinted hard past Matt to break the wind for him shouting at Matt to get on his wheel, Ed proceeded to drag Matt to the front of the Peloton exhausting himself and selflessly ending his own chances, chapeau indeed Ed!

After Ed exhausted himself Matt was able to jump on Lou’s wheel who again worked hard to pull the pair clear of the peloton, unfortunately the peloton caught the them, sensing his opportunity Matt mashed the pedals to jump on the wheel of another racer sprinting past, he stuck on the wheel and was only half a wheel from passing when the line came up. A massive result and second place achieved with great team play and supreme efforts from all three.

In the 3rds DHC was represented by Andy and Gary, this was Andy’s second race in the 3rds, a definite but good step up from the 4ths – the racing being a bit faster and more aggressive, making it all the more enjoyable. The race panned out much as expected on the flat Ludgershall circuit, a few sporadic breaks were attempted but this week none stuck, all were sooner or later chased down by the baying pack. Due to his apparent lack of race savvy (intelligence?!) Andy took a few long turns on the front, dropping back in to the peloton to recover afterwards, maybe it will work one day… Gary had the sense to preserve his efforts staying in the wheels for the majority of the race.

At some point the heavens opened producing huge amounts of spray and muck to be kicked up from the track leaving the racers looking like Flanders hard men – it made for some great photos!

Coming on to the last lap Andy pushed his way forward in the peloton and was sat ideally at around 6th wheel coming down the back straight, a combination of allowing himself to be cut up by some aggressive riding and needing more work on his sprint saw Andy finish out of the points but happy with the race overall.

on March 04, 2015
Email ThisBlogThis!Share to TwitterShare to FacebookShare to Pinterest