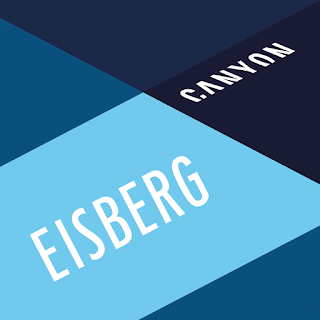 Canyon Eisberg sports director Tim Elverson, has thanked his sponsors for pledging their support for what promises to be an exciting 2018 campaignand and saluted his loyal supporters as he revealed the new-look Canyon Eisberg team for 2018.*

Canyon continue their headline partnership, while the likes of Maxxis Tyres UK, Brother UK, Hunt Bike Wheels and Fenwick’s have boosted their backing of the UCI Continental team.

Add to that the arrival of a band of exciting new partners, such as technical tri-sports apparel brand dhb and ROTOR, and Elverson is excited for the outfit’s second season.

Highlights of the team’s debut campaign included a third place and two jerseys at the Tour de Yorkshire, heroics at the Tour of Britain and the Spring Cup title.

The team celebrated two individual wins and one round victory at the Tour Series, second place in the Grand Prix Series and third in the National Circuit Series.

A string of impressive performances in UCI races were capped by back-to-back stage wins and general classification glory at the Tour of Quanzhou Bay in China. 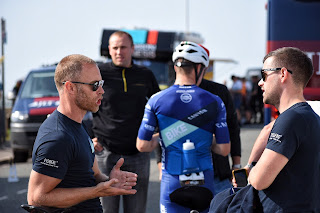 “There are so many great memories. The Tour de Yorkshire, from start to finish, was a particular highlight for me.

“So following a fantastic debut season in which we hit every target we set ourselves, we move into year two setting new goals.

“We are grateful for all our sponsors who made last season possible. And we have been very fortunate to have strong partners continue into 2018.

“I thank Eisberg for joining Canyon as new title partners, along with Maxxis, Brother, Hunt and Fenwick's for all increasing their support.

“We also have continued backing from Salice, Sidi and Yellow Jersey, which is vital in keeping the stability of the team.

“We are very excited about our new key partner dhb, who we will be heavily involved with for future development.

“And this season we will also welcome ROTOR, whose power meters will be helping us develop our new and even younger squad.

“We will make further rider announcements in the coming days. And watch our social media and website for features on each of our partners.”

Canyon will once again supply the team with their flagship models offering a choice of the new Aeroad CF SLX and Ultimate CF SLX.

Nick Allen, UK Market Manager for Canyon Bicycles, said: “We’re incredibly excited to be extending our relationship with the Canyon Eisberg team through 2018.

“Our first season together enabled us to achieve so many sporting targets with Tim and the riders.

“At the same time it gave us the perfect platform to connect with Canyon consumers on the road and in an environment where our mutual passion for cycling shone through.

“We can’t wait to present the new Aeroads and Ultimate CF SLX bikes the team will use and we remain convinced that with these outstanding tools the squad will excel again.”

*The team rosta has yet to be finalized. Charlie Tanfield rode as a stagiare last season, while Junior national champion Louis Rose-Davies and fellow youngster Charles Page signed for the team back in July, all three could feature in the new squad as could Chris Opie. 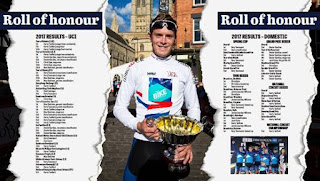 on January 01, 2018
Email ThisBlogThis!Share to TwitterShare to FacebookShare to Pinterest