The Wessex Veterans’ Time Trials Group has introduced a 15-mile championship event on the fast P884 course on the A3 road for the 2018 season.

The 15, to be promoted by David Collard-Berry of …a3crg on Wednesday, June 27, will join the 10 championship run in conjunction with the Alton CC promotion on Saturday, June 23 at Bentley, a 25 on a course yet to be decided, and a 50-mile championship incorporated in the Southdown Velo event on P901 at Fontwell on Sunday, July 22.

Of course, to be eligible for championship awards, entrants have to become members of Wessex VTTA.

The AGM on Sunday, November 19, heard that membership had dropped by 11 to 146, though members had produced some outstanding results.

VC St Raphael’s 73-year-old Terry Icke is VTTA National 30-mile Champ with an actual time of 1-07-45 and a “plus” of 23-46. A plus, for the uninitiated, is a rider’s actual time subtracted from a notional age-related “standard” time. The biggest “plus” wins. 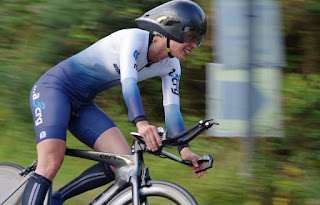 But you don’t have to be super-fast to benefit from membership. It’s still a lot of fun trying to better your individual standards, year on year.

The Wessex Group of the VTTA welcomes new members, age 40 or over, from any club. Basic membership is now £15 a year. Contact membership secretary Norman Harvey of Sotonia CC for more details. Write to him at Yonne, Beaulieu Road, Marchwood, Southampton SO40 4UQ; telephone 023 8086 3048 or email membership@wessexvtta.org.uk .

on November 20, 2017
Email ThisBlogThis!Share to TwitterShare to FacebookShare to Pinterest