Lewis Martin (Fareham Wheelers) attacked seven laps out to win the 20 lap scratch race at the end of another evenings racing at Bournemouth track. As the bunch looked at each other Martin got the gap he needed and despite the best efforts of Kilsby, Eastham, Webb, Jolliffe et al, the 16 year old held on. Earlier in the meeting, Tom Day opened up the programme, winning a 6 lap youth handicap, a good tussle with Ben Wilson & Michael Harris that would go on all night. Dan Lovett comfortably won the B League 12 lap scratch, Lovett always had too much and went with two to go for an easy win. Frank Kilsby (VC ST Raphael) & Harvey McNaughton (i-team cc) went early in the A league 12 lapper but it did not last, the move A League leader Alex Jolliffe (Team Terminator) made with 1 lap remaining was the one that mattered. Lucy Edmunds (Bournemouth Arrow) put up a good fight in the B league elimination race but of course it was Lovett who spoiled her party. Paul Canham, in second place, is improving steadily. Hard working Richard Eastham (Bournemouth Jubilee) gained a lap in the A league points race, the former road man has the staying power and the belief needed for the chase, runner up Martin & Kilsby escaped at the end to take the final points but it was newly promoted Gareth Rose who took third place. Lovett made it a clean sweep in the B league, taking a lap and winning the points race, Canham, again beating Edmunds for the minor places. The A league devil ended in confusion, Kilsby attacked the other two survivors, Jolliffe & Calvert, to cross the line first, Jolliffe pipped Calvert on the line to set up the final then realised Kilsby had sat up thinking he had won, Jolliffe pressed on, Kilsby reacted but the race had gone. Despite a robust protest the result stood, it was unfortunate for Kilsby who probably deserved to win. 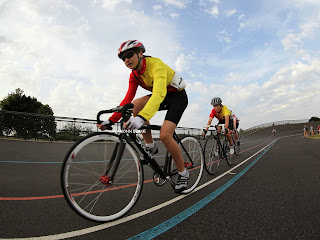 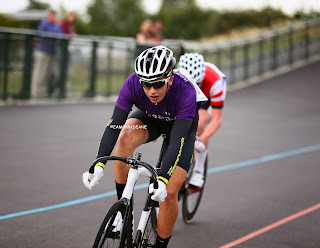 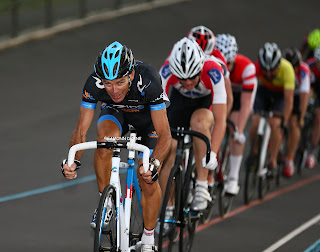 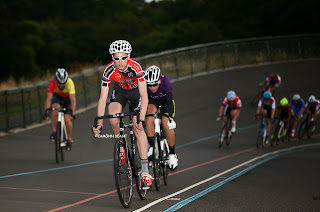 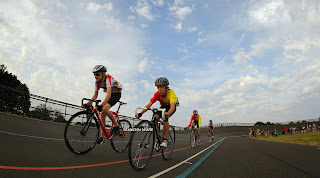 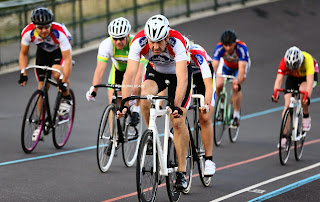 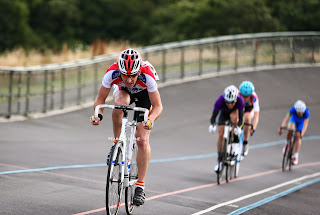 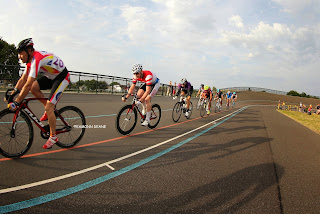 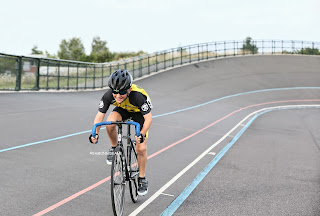 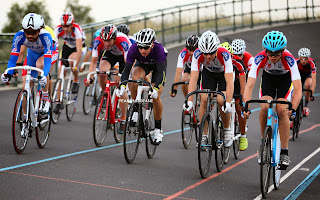 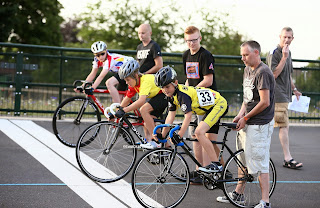 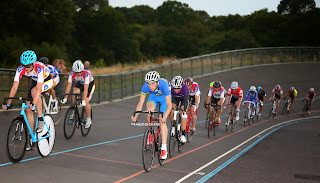 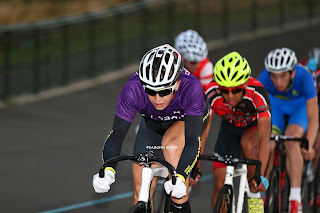 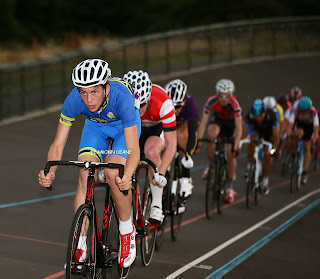 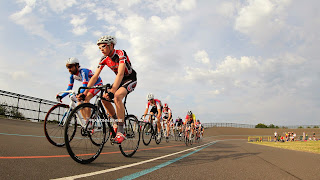 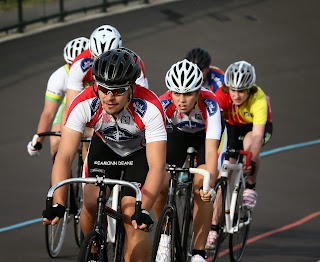 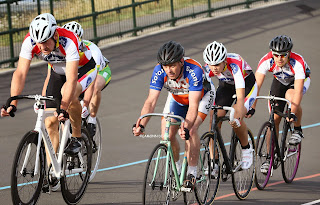 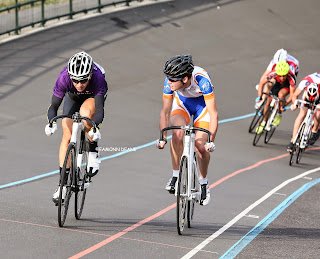 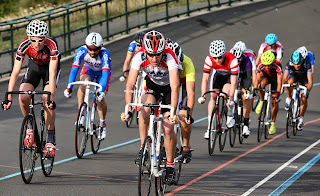 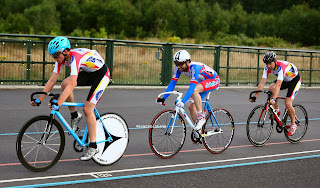 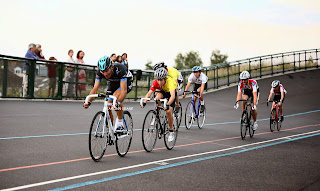 on July 18, 2014
Email ThisBlogThis!Share to TwitterShare to FacebookShare to Pinterest