A total of 8651 ft of climbing in 97 miles promises to make "One Day in Dorset" one of the toughest races on the domestic calendar in 2014. Bulbarrow Hill is well known to local riders, with at least ten different routes up, it is a favourite on club runs, charity rides & sportifs. "One Day in Dorset" will visit the summit nine times and whoever triumphs next May will know they have been in a race! 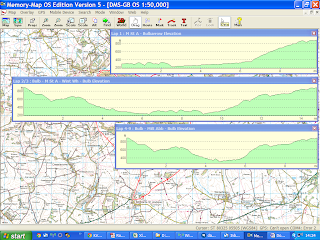 From the headquarters at Milborne St Andrew the course heads north-east on the A354.Taking the second left in Winterborne Whitechurch, the minor road is flat through the villages of Winterborne Clenston & Winterborne Stickland. One mile through Stickland, at Hedge End, a left turn starts the first climb of Bulbarrow, this three mile; “big ring” drag will do no more than offer good views as it gradually climbs the hill. Through the finish line for the first time at 9.9 miles, the descent to Ansty is uncomplicated; the left hand turn at the bottom will require attention though. A fast, rolling lane returns to Milborne and the A354. Again to Whitechurch but this time the first left at the Milton Arms starts a five mile ascent. The finger signpost at the public house says “6” but relax, it is only five. Like Hedge End, this long rise is never too steep with most staying in the 53 ring. However, the hill is exposed and if the wind blows, an attack on the steepest section above Milton Abbas could do some damage. The climb from Whitechurch is tackled twice before the race hits the six lap,9.6 mile finishing circuit. The historic village of Milton Abbas will provide the backdrop as the battle unfolds. Thirty six,identical, whitewashed thatched cottages stand to attention either side of the road, only a church, the old almshouses & the Hambro Arms interrupt the parade. The road rises through the village but it is only when the houses are behind that the tarmac starts to rear up. Under the trees is where it really hurts before emerging to meet the now familiar Whitechurch road, still three miles from the summit.
“One Day in Dorset”
24/05/14 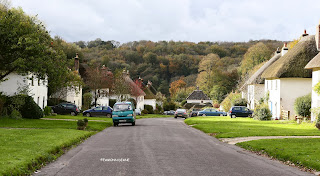 on November 20, 2013
Email ThisBlogThis!Share to TwitterShare to FacebookShare to Pinterest