Ed Hatfield, The Wisdom of Youth! 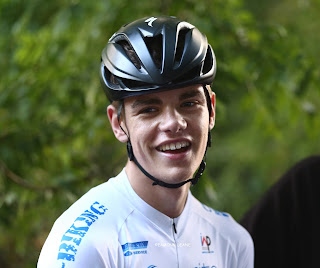 Edward Hatfield has burst on the racing scene in the south this year, bossing the youth racing at Goodwood and finishing the season on a high, winning the road stage of the Glen Longland 2 day in October. 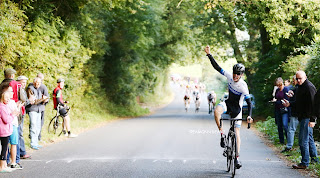 Yes the Longland race is only a chipper, yes Hatfield avoided the scratch group by glass-cranking in the prologue but the guts, aggression & desire were audible & excitingly clear. “Local Riders, Local Races” spoke to the Bournemouth-based youngster who does not turn 16 till December and found a surprisingly focussed head on those young shoulders. “My ultimate goal is to be a professional cyclist, but I'm under no illusions that only the fittest, most dedicated, genetically gifted and lucky individuals can succeed.”
An ambition tempered by pragmatism, wise words indeed. 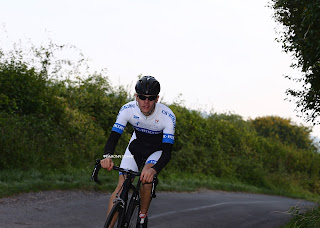 Hatfield attends the LeAF Athletic academy in Bournemouth, a sports school that offers Watt bikes, cycling coaches, physiotherapists, phycologists and strength and conditioning coaches alongside traditional subjects.
“I believe that I'm in the right place to balance my academic studies along with training.”
Father John introduced Ed to cycling, the son quick to acknowledge the “help, support, finance and guidance” that others might take for granted.
With the 2015 season done & dusted Hatfield is looking forward to some structured winter work;
“Winter training will be excellent for me and from last year this is where I managed to improve the most. I love being in the 'pain cave', however the turbo can be a hard task master. I use 3LC TV sprinting and road race DVD's featuring Mark Cavendish, to help my body prepare for the suffering and hardship”.

It is though, all about the road for Hatfield,
“Being only 62kg I may lack a bit of power but my climbing is reasonable; I feel I can maintain a sustained attack, with a good recovery rate. I like races with hills. Flat time trails are not my forte as I recently discovered, (riding a road bike, he lost over 4 minutes in 20 miles at the Longland race) and I don't particularly like the track.”
His time trialling will improve as he matures so no problem there, not liking the track may hamper his progression more however, British Cycling’s focus is on controllable track results, results that win medals and generate lottery funding, talented young road men can be left to fend for themselves. Still another local youngster, Daniel Lloyd, enjoyed a 12 year career without going near a velodrome.

Role Models?
“The flamboyant Slovakian maverick” is how Hatfield refers to his hero, newly crowned world champion, Peter Sagan, and few of us would disagree with his choice.
Back to the future: “I await next season with anticipation, I eat right and sleep loads and a new sponsorship deal is in the pipeline but as yet nothing has been finalised.”
Commendable discretion for a young man who must have been itching to “tell all”. Very professional!
Sponsorship deals are fine but at 15 hard work is better than free kit, “earning it” a better education than being "given it” but Edward needs no guidance from LR,LR, his feet are planted firmly on the ground (or pedals) and with John in his corner cautioning about the distractions of youth that is where they will stay. “Son, girls are great for looking at but never ever get involved with one" says dad, advice that Ed refers to as “Interesting” 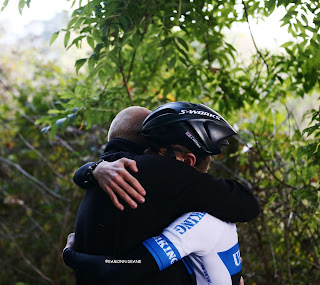 on October 12, 2015
Email ThisBlogThis!Share to TwitterShare to FacebookShare to Pinterest