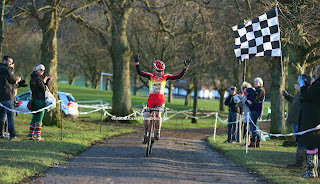 Jody Crawforth (Hargroves Cycles) stormed to a clear win in the Crabwood Christmas Cross, as he warmed up for bigger challenges in 2014. The 33 year old from Guildford had clear daylight on the field halfway round the first lap and never took his foot off the gas to win by nearly two minutes. 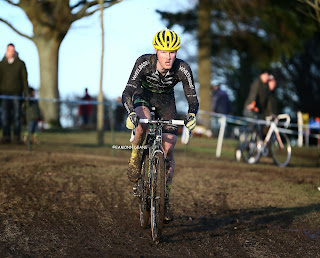 Mike Cotty (Wheelbase-Cannondale) has got the Wessex league wrapped up but could only watch Crawforth’s rear wheel quickly disappear. The Southampton Sports centre venue has seen a months’ worth of rain in a week, leaving the course thick with mud and suiting the better technique of the Hargroves man. Cotty could not compete with Crawforth but was clear in second place having seen off the brief challenge of Andy Hargroves (Felt-Colbornes). Hargroves had tried to follow Crawforth early doors but quickly fell back, before losing the fight with Cotty. 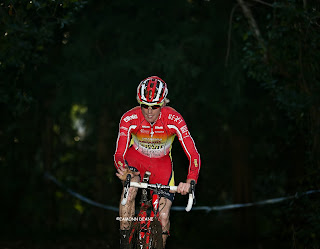 Meanwhile Stuart Bowers (Hargroves Cycles) had warmed up and had both in his sights as the race settled down. Bowers would catch Hargroves and threatened Cotty but the league leader always had too much. At the bell, Crawforth led by 1:40 from Cotty who had 30 secs on Bowers. Only on this lap did Crawforth ease up, crossing the line with a satisfied smile. The Crabwood Cross had moved from its traditional Boxing Day date, the new date understandibly suited the organisers but numbers were down on previous years as the race clashed with other events on the calendar.
Jody Crawforth…….
“The plan was to just smash it; I have not done much training in the last month but have done a lot in the last week or so, a lot of hard rides. I won’t start flying straight away but hopefully I will start going well, the next few races for me are Shrewsbury National Trophy and then the National Champs, a medal will be a good result. I come to these races for a good work out, enjoy it and try to get fit; I don’t find it quite as easy to get that top level of fitness. I am getting older and my eighteen month old daughter, Sienna; she is a lot of joy but at the same time a little terror!" 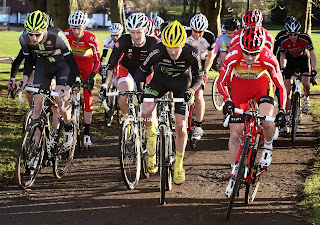 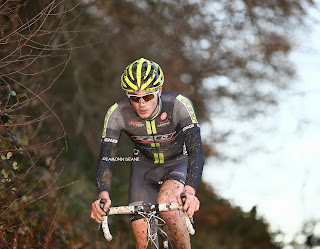 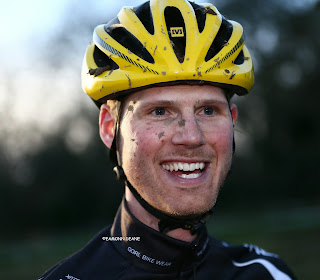 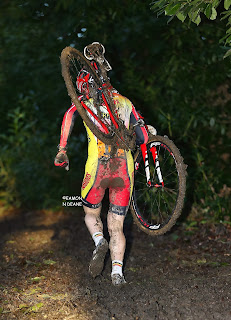 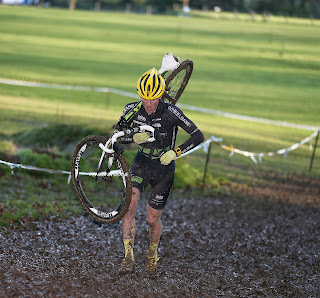 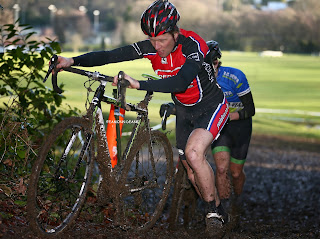 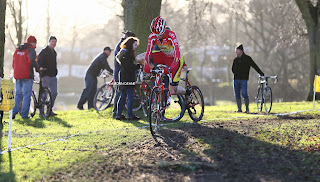 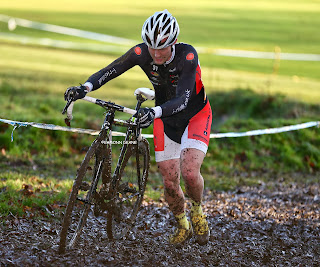 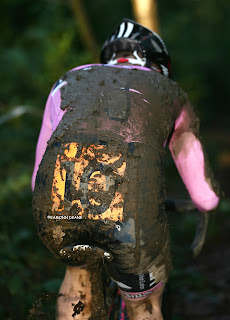 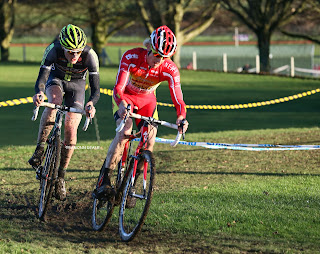 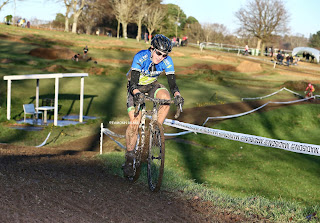 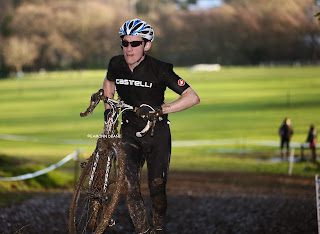 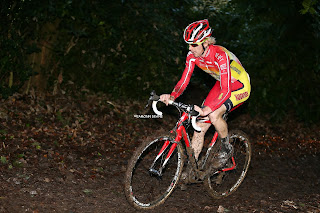 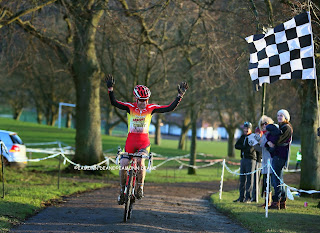 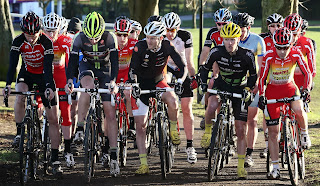 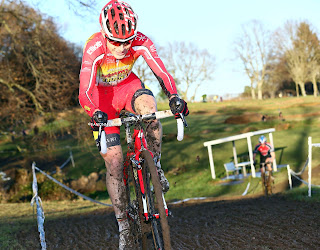 on December 29, 2013
Email ThisBlogThis!Share to TwitterShare to FacebookShare to Pinterest