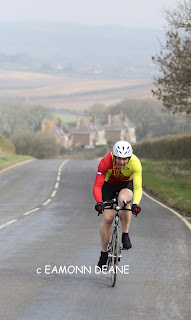 On a chilly, damp, Bank Holiday Monday, over 70 cyclists turned out to show their respect for the late Rob Jefferies, who died after being hit by a car whilst out training. They filled the chain link ferry across to Shell Bay, where even more were waiting. Rob's widow, Jane, Daughter Eve and stepson George had all courageously come out to ride. Jane admits to being “not very fit” but, complete with wicker basket on the front of her “sit up and beg” she led the bunch across Studland Heath. 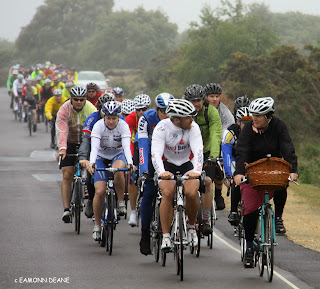 The weather closed in but riding along, sharing tales of Rob, spirits were lifted, cyclists are a resilient lot, of course they are, it goes with the territory. 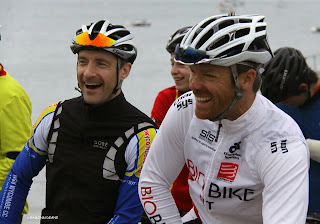 Dropping down into Swanage, where Rob lived, the bunch came to a halt at the pier. More tales were told, a few photographs were taken and, cyclists being cyclists, a few cups of tea were drunk.

It was a fitting tribute to a very popular man. Well done to Chris Ball, who, touched by the loss of a “very close friend” pulled this ride together. Several of the group had ridden the Hounslow 100 the day before but still found the legs to pay their dues to the Big Man. Spare, also a thought for Bryce Dyer, who was riding with Rob on that fateful day. Bryce had helped in the aftermath of the accident and no doubt that will live with him. However he was happy to be back "in the wheels" and was very appreciative of the support shown. 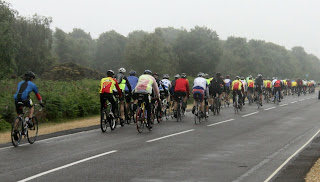 "See you up the Road Rob"