Time Trialling: Another Casualty of Covid 19? 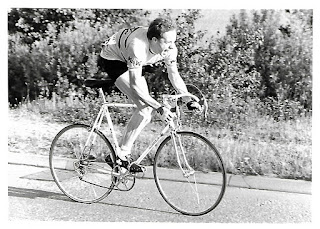 In a reflective mood: Julian Gee (Sotonia CC) looks back with nostalgia and forward with some pessimism……..
On 21st June 1980 I organised my first open time trial – the British Students Sports Federation ‘25’ on the Six Hills course in Leicester. There were only a handful of cyclists at Leicester University at the time so I was grateful for the help of some of the local Leicester clubs and some friends I managed to rope in to run what turned out to be a successful event, with over 60 entries from Universities (and Polytechnics – remember those?) all over the country.
In that era, the traditional club structure was quite strong as I recall and most clubs whose members competed also promoted their own events, whether that be road, track, TT, cross or across all disciplines. Many clubs would also run regular club time trials for their own members and guests during the racing season.
Fast forward 40 years and the scene has changed quite dramatically. There are still plenty of people cycling (even more so during the recent lock down) but many fewer ‘traditional’ clubs and with that the BC and CTT handbook and lists of events are much slimmer volumes that in the past.
There has been an increase in clubs and ‘team’ numbers in recent years but most of these outfits are relatively small, often (but not always) somewhat elitist and usually launch with a manifesto to compete but no obvious plans to shoulder any of the promotional load.
There has been a rise in commercially promoted ‘sportives’ but, these same organisation haven’t much ventured into the promotion of bread and butter road events or time trials – these are still the preserve of a reducing number of clubs that in many cases have been around for decades.
I am reflecting on this following a recent plea from CTT Head Office for people to step forward to help organise events following the hopeful resumption time trialling again as Covid 19 lockdown conditions ease : I hope clubs will be able to reactivate at least some of their promotional plans in what remains of the season and will find a ready stream of volunteers to help run them, however, I am a little pessimistic, not just for this season, but for the seasons ahead.
The recent racing hiatus could see further clubs being unwilling or unable to run the events that they have been promoting year in, year out and then one asks what will happen to the racing calendar longer term and the finances of bodies like CTT (who are mostly financed by race levies)?
I don’t have all the answers to this question (or perhaps any answer!) but I think the recent troubles have highlighted the need for the sport to start to seriously consider the issue of who and how the sport is continued long term, as I suspect (I hope wrongly!) than in a further 40 years (when I might still be around at 101 years’ old – I hope again!) when all that is left to do is to reflect on what once was great sport and pastime.
Julian Gee
P.S. In case you are interested, my first promotion was won by Steve Hudson, (pic) of Coventry in 57-47.

on June 19, 2020
Email ThisBlogThis!Share to TwitterShare to FacebookShare to Pinterest