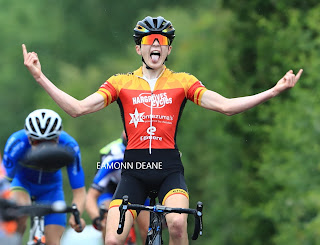 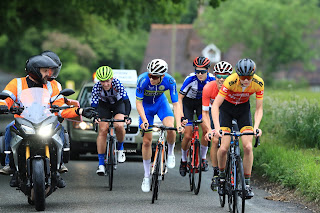 Freeman had been part of a 4 man group that had reeled in long time leader Gregory Fitzek (ZeroBC) with just over a “K” to go. It was heartache for Fitzek, who along with Adam Cotterell (Project 51) had broken away halfway through the 60 mile race, the first meaningful move of the day. 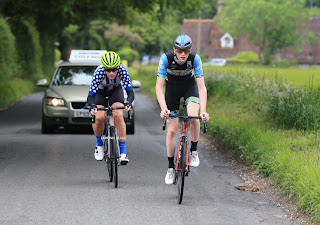 As the weather closed in Fitzek, always the stronger, pressed on as Cotterell faltered but did not quite have the legs, the 21 year old doing well to hang on to 4th place. So impressed was NEG rider Gregg James with the effort of Fitzek, he immediately stuck his hand in his wallet and put up a £40 combativity award, guess who got it. Freeman, Day, Winwood-Bratchell & Ed Slot (Sotonia CC) collected Cotterell in their pursuit of Freeman and he sat on for 6th place. 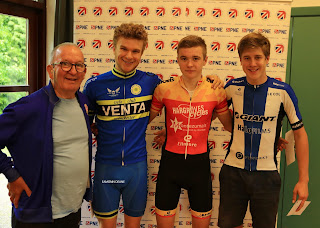 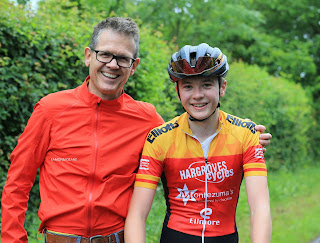 “ I started the attack on the steeper part of the climb, thought I would just give it a go, no one followed, I looked behind I was amazed, then all of a sudden three riders got to me and we just hammered it. We caught Greg (Fitzek) with less than a K to go, it was crazy, It all chilled down before the finish, Ollie (Winwood-Bratcell) went first, I was on his wheel and I just went round him, Amazing Race!”
Gregory Fitzek 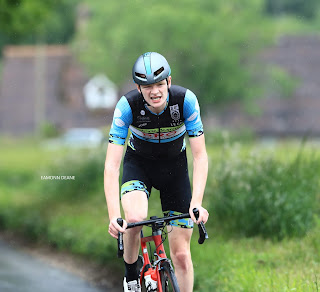 “200 Metre’s from the line, I was dying, going as hard as I could but I did not have enough…….on the last lap I had about 20 seconds, i was not sure, should I wait or should I go, I still felt ok over the climb so I decided just to to go for it, see what I could do, maybe I made the wrong decision and should have waited? At the final left hander I could see them, I got as aero as I could and pressed on, at that point I was fully committed, I had no sprint left anyway, three of them came flying passed me, I was surprised to get fourth, presumably there were some games going on behind” 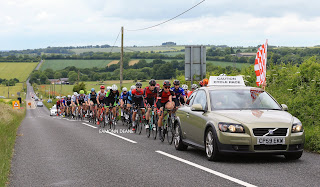 on June 15, 2019
Email ThisBlogThis!Share to TwitterShare to FacebookShare to Pinterest