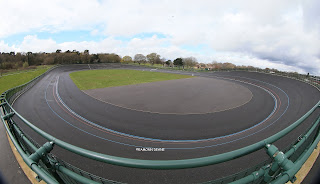 The Bournemouth Jubilee Wheelers Summer Track Festival, scheduled for Saturday 13th July 2019, has been cancelled due to lack of entries. By the closing date, only 18 riders had signed-up across all age categories, which was not enough from a sporting or financial point of view.

The event has been on the British Cycling calendar for six months, yet with just four weeks to go before the event, not enough riders had committed, making cancellation inevitable. With a mix of sprint and endurance disciplines, it would have been the only open race meeting at the 250m outdoor track all year.

In last three years, Richard Eastham, supported by the Bournemouth Jubilee Wheelers, has promoted 17 track racing events at Bournemouth Velodrome, all of them open to Senior, Junior and u-16 riders. Yet of those 17 events, the last five events have now been cancelled due to lack of rider interest.

The one-off Saturday afternoon format was a direct response to the lack of support for last season’s ten race Friday night track league. However, with this year’s event also a victim of rider apathy, there will need to be a thorough review into the reasons why riders are not supportive of track racing at Bournemouth Velodrome before any decisions are taken for the 2020 season.