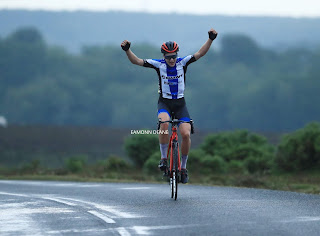 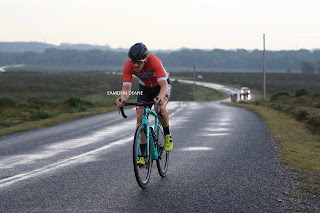 Sixteen year old, Day, 3rd at the Portsmouth North Event race at the weekend chased after lone leader Russell Speight (Sotonia CC) with two, 7 mile laps remaining, before riding away on his own in the fading light for a deserved win. Stuart Le Tissier (DHC) won the sprint for second ahead of Ben Scott-Munden (Sotonia CC). Speight had been away for most of the 35 mile race but faded as Day made the catch. The youngster is in good form, winning the South region junior road title earlier this month, equally at home against the clock, Day rides the Poole Wheelers Open 10 this weekend. 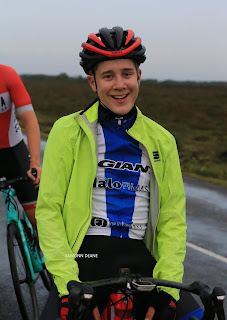 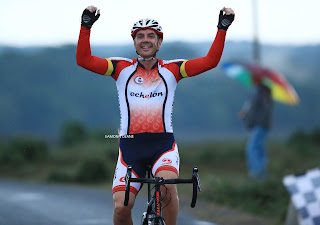 In the veterans 28 mile race, Mark Greenwood (Army CU), threatened all night but could not repeat his escape of two weeks ago, the bunch wise to his strength. It was Steve Dring, with a “soft” attack 2 miles out, who got away for his third victory of the season, despite, by his own admission, “not being race weight”. Jason Eastwood (Hargroves Montezuma’s RT) comfortably took second in the gallop ahead of Jonathan Hall (Sotonia CC), Roland Tilley (Bournemouth Cycleworks) with Green wood settling for 5th place this time. More to come….. 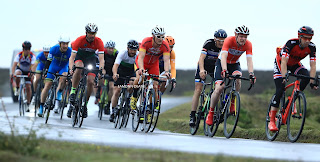 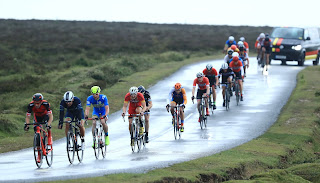 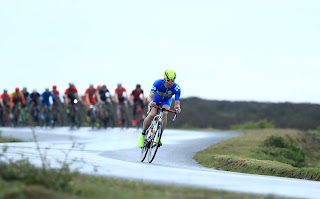