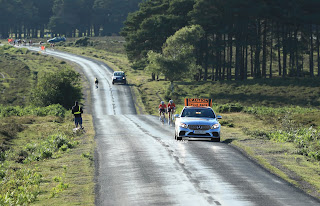 Elgie, along with team mate James Peckham had gone clear from the gun, dangling off the front for a couple of laps before Walters and Day powered across, a strong unit that would gain nearly two minutes on the bunch. 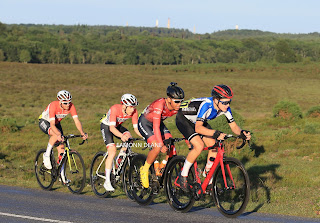 A mix up with the lap board added another circuit making the distance 42 miles instead of 35 miles, that and a Walters acceleration into the wind did for Peckham. Elgie was tailed off as the pace quickened and in the final the former Sotonia CC rider had too much for Race 2 winner Day. 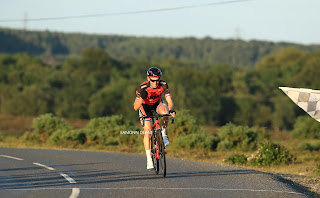 In the veterans race Mark Greenwood (Army CU) repeated his solo win of Race 1. Attacking on what should have been the final lap, the 45 year old PT instructor comfortably held off the bunch despite the extra miles, 35 instead of 28, Steve Dring (Team Echelon ) edging out Simon Merritt (GS Vechi) for second spot. 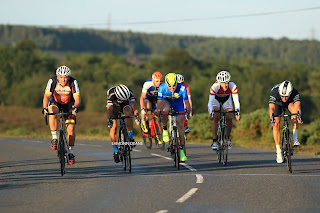 Spare a though for Julian Lockwood (Primera-Teamjobs), a win at Mountbatten last week on a new machine, Lockwood crashed out tonight, a locked-up chain on a corner sending him into the gorse bushes and snapping the £9000 rear triangle. The Crabwood Heath series has been a success, not quite full fields but the healthy numbers are encouraging and also encouraging was to see Glenn Longland out marshaling, obviously on the mend after his serious accident earlier in the year. The Crabwood are a small club and do well to organise the Heath series but perhaps a collaborative approach next season might help to oil the wheels. 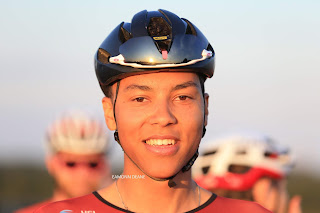 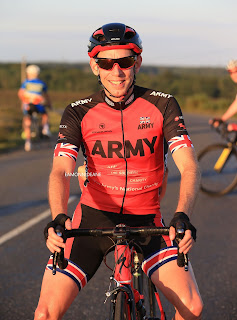 
on July 02, 2019
Email ThisBlogThis!Share to TwitterShare to FacebookShare to Pinterest