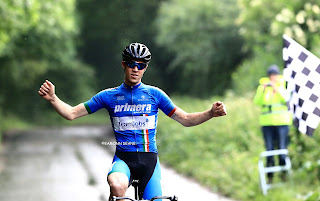 Turn 1 is tight! Turn 2 takes you into the wind! Turn 3 takes you home! there is nothing in the 3 mile Moreton circuit to encourage heroics. Strong legs and commitment are essential and even then that's usually not enough to evade the almost obligatory bunch kick........ 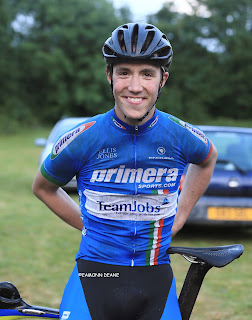 Matt Downie (Primera-Teamjobs) soloed to victory on a rain-soaked election night at Moreton in Dorset.
The 20 year old is in fine form and was stringing the scratch group out well before the slower riders had been hunted down in the latest round of the Bournemouth Cycleworks sponsored series. Dark clouds, heavy rain and exercising democratic rights kept the numbers low but the pace was high in the saturated country lanes. 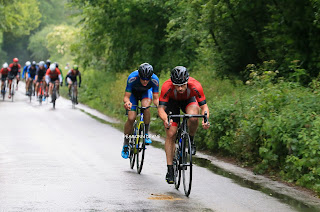 Giles Greening (Tri-uk) a winner last year, followed the move with three laps to go but could not live with the irrepressible Downie and was soon back in the bunch. 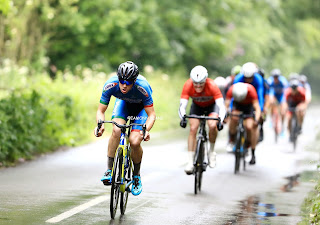 Downie  was in sight but forged on, opening a gap of 10 seconds as he took the bell, the gap was twice that when he crossed the line. James Horton (VC ST Raphael) took the keenly contested dash for second place with Max Moyles (Exeter Uni cc) edging out Jason Gault (Primera-teamjobs) for third, words were spoken but all was forgotten on the cool down lap. 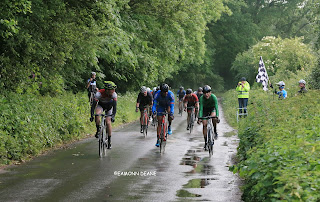 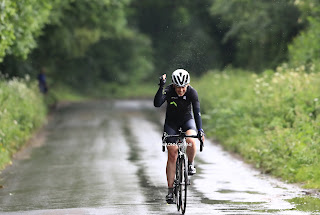 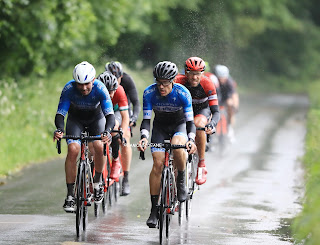 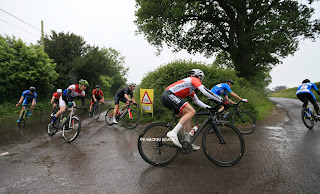 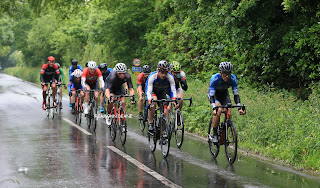 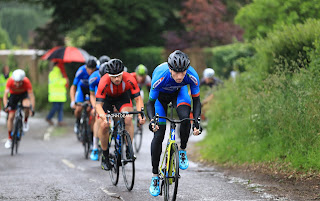 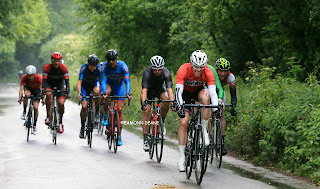 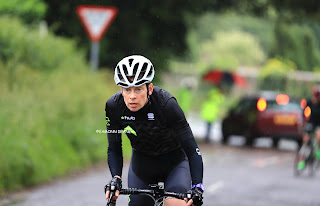 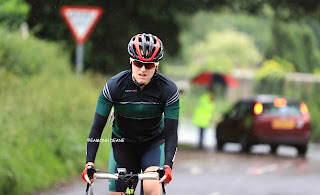 *Wisely or unwisely Jason Gault announced on social media that should Labour win the General election he will ride next weeks race naked. Whether this is in celebration or despair at the result is a matter between Gault and the returning officer but whatever the outcome "Localriders,Localraces" will be there to report the bare facts


on June 08, 2017
Email ThisBlogThis!Share to TwitterShare to FacebookShare to Pinterest