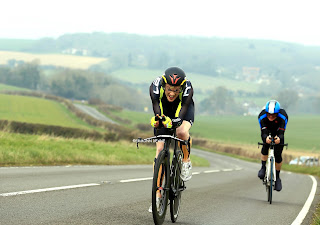 Wessex Road Club will host the RTTC Classic Circuit series next season. The clubs 24 mile time trial on March 26th will be the opening race in the 6 round series. The P427 course north of Wimborne Minster in Dorset features a mix of rolling roads and short climbs and could not be described as technical. The drag up from Tarrant Keynston, along the famous Beech Avenue at Kingston Lacy and the final kick at Pamphill provide a sting in the tail.

on December 15, 2016
Email ThisBlogThis!Share to TwitterShare to FacebookShare to Pinterest