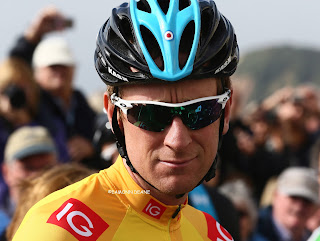 Howden said: "Eight Olympic medals and a first British win in the Tour de France are just part of the captivating story of a cycling legend, as few sportspeople have had the impact on life in this country as Sir Bradley Wiggins.

"He retires as one of British sport's great champions, not just for the medals and the sheer diversity of races he won but also for the way in which he used his achievements to inspire so many people to become active by getting on their bikes. British Cycling has much to thank him for and we wish him success with his future plans."
on December 28, 2016
Email ThisBlogThis!Share to TwitterShare to FacebookShare to Pinterest