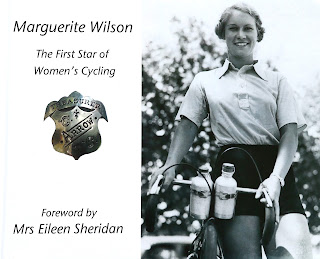 A lovingly put together book, full of anecdote’s, old photographs, tributes and exerts from Marguerites own diary. Author, William Wilson, has given us a wonderful insight into this extraordinary lady and a nostalgic snapshot of club cycling in the 1930s. 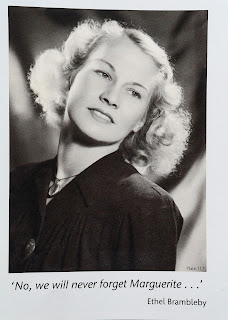 “The Blond Bombshell” as the press dubbed her, was rarely beaten in her amateur days, riding Time Trials for the newly formed Bournemouth Arrow CC. She went on to ride as a professional for the mighty Hercules team, setting many place to place records including the Lands’ End to John o’Groats and 1,000 mile records in 1939. She signed for the Claud Butler team in 1940 and in 1941 she set a new 50 mile record of 1hr 56m 33s. Marguerite Wison’s cycling career was cut short as she joined the war effort, volunteering as an ambulance driver before joining British Overseas Airways Corporation as a steward and traffic clerk based in Poole. After the war Marguerite married and lived briefly in Canada where she dabbled in road racing, before returning to Britain. Her earlier professional status barred her from amateur events and a back injury effectively ended her career in 1949. Her bicycles “Old Crock”, “Old Bones” and “Special Job” were left to gather dust. She died in 1972 aged just 53. Forwarded by the equally impressive Eileen Sheridan, the beautifully presented, Marguerite Wilson: The First Star of Women’s Cycling is available in hardback, cost £19.95 & soft cover, £11.95 plus postage and can be ordered from missmargueritewilson.com or by emailing direct drwgwilson@aol.com 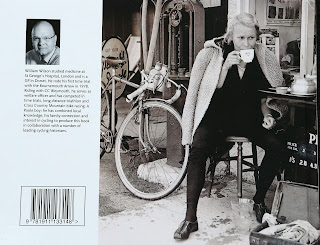 on June 12, 2016
Email ThisBlogThis!Share to TwitterShare to FacebookShare to Pinterest