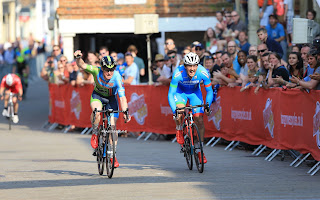 Luke Nolan (Cycology Sunwise) is getting a liking for town centre racing, less than 24 hours after coming 4th at the London Nocturne, the 30 year old from Frome outsprinted Calum Croft (Primera-Team jobs) to take the Southern Region Circuit title at Winchester. Nolan was part of a thirteen strong group that had moved clear after twenty minutes of racing on the technical city centre circuit. 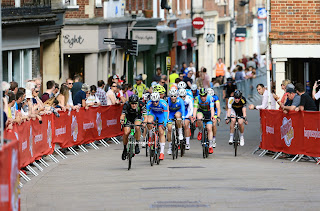 With the lapped backmarkers being pulled out and other riders crashing out it was clear the champion would come from this group. Primera-TeamJobs trio, Calum Croft, Oscar Hutchings & Joe Andrews had kept out of trouble and were active on the front. 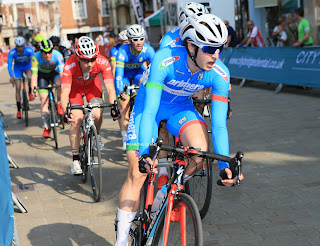 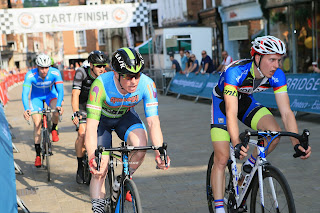 Through the finish line with 4 laps to go Pickett upped the pace, Hutchings followed and both came down through the tight left hander. Croft, Nolan, Ranoe & Crawford got through, the rest were stranded Game Over! 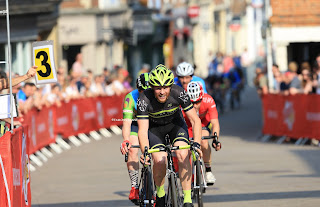 Into the last lap, the chase was on but the four were clear, Nolan opened his sprint early looked strong and held on despite Crofts straining! 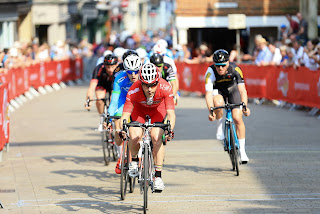 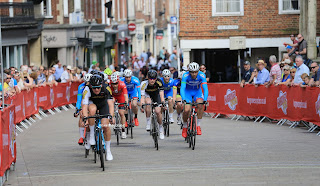 Luke Nolan
“Unbelievable, this is only the third city centre crit I have ever done, I rode the support race last night at the London Nocturne, I got fourth, really enjoyed it! Legs were a little bit shaky, I have not felt great this week, I think it’s the hay fever. The atmosphere is absolutely amazing here, the shouting around the course, the clapping, the cowbells it’s absolutely brilliant, the best part of bike racing. I was confident in the sprint, I had enough momentum going, I accidently clicked down a gear, the legs were spinning a bit. I was sixth wheel, the two on the front came down, only gave us a little gap to go through and only four of us made it. What about the £400 prize? "think that’s going straight to the girlfriends bank account, a holiday!"

Calum Croft “ I think on another day I might have had it but Luke was very strong today, I couldn’t get round him, so well done to Luke. Jody (Crawford) was really going for it, I was just sitting in doing what I could, Oscar (Hutchings) crashed on the first corner Jody had a gap but me and Luke had to swing through it, we just sat on for a couple of laps. Maybe I could have got it but Luke did really well, I just could not get round him, he gave me space we are friends!

Jody Crawford
“ I do well here, I have not raced much this year, not since February when the cross season ended. I don’t know what to expect, I have done a lot of riding but when you don’t race you forget how hard it is, I did a Hillingdon on Tuesday night and suffered like a dog. This race suits me, the circuit suits me, I enjoy it here. There were four crashes in front of me today but not me!” 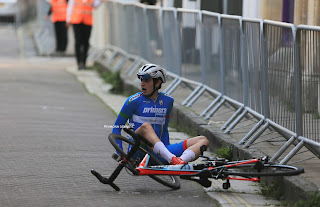 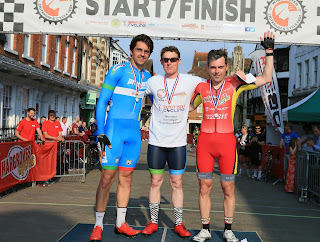 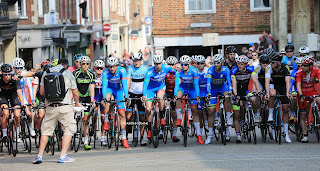