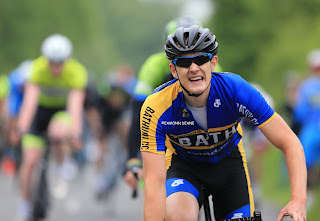 Liam Bromiley (Bath Uni CC) won the 60 mile Portsmouth North End Summer road race, powering across the line in a rare bunch kick on the Owlesbury circuit in Hampshire. It was Bromileys 8th win on the road this year, along with four wins against the clock it is turning into a stellar year for the 23 year old who is awaiting his civil engineering masters degree results. In an attacking open race on the rolling course it was surprising none of the moves stayed away. 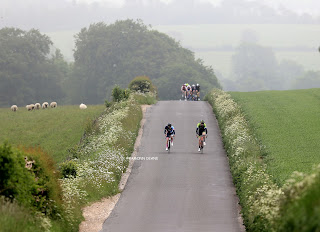 Freddie Phillips (Hoste TAAP Storck) & Thomas Scott-Collins) were the first to try, gaining 15 seconds on the first climb of Longwood Down but the fresh legs in the bunch soon reeled them in. 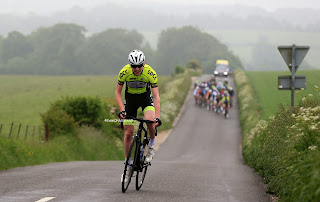 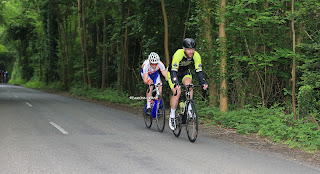 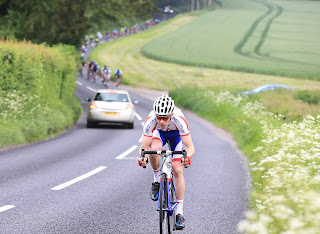 The promoting clubs colours were on the front again as the ever active Tom Morris held a slender lead after 90 minutes of racing and Bromiley also pressed on after taking a Prime but like all the early moves it was soon snuffed out and the benign conditions did little to aid the adventurous. 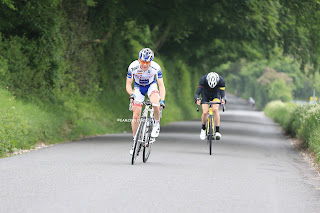 On lap 5 of 8, Danny Axford (Arctic Tacx RT) made what looked like the race-deciding move, Axford, followed by James McCarthy (Twickenham CC) quickly built a lead of 1 minute 4 secs,as Harry Veale (Cycleworksco.uk) chased. McCarthy fell away but Axford pressed on holding his advantage for a lap but again the race came back together. “I went too soon but the legs felt good” he would say later. 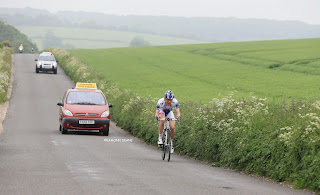 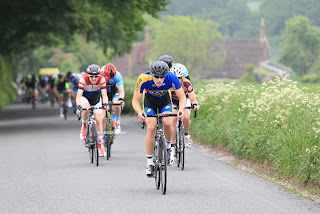 Michael Guildford (VC Meudon) attacked on the final lap, Matthew Franklyn (Bristol RC) bridged across followed by the gutsy Morris, again the move looked good “We thought we’d got it” said a rueful Guildford. Bromiley left the bunch with 4 km to go catching the fading trio, Scott-Collins saw the move and was on Bromileys wheel but a rear wheel puncture took him out of contention, “Liam was going hard and I could not come round with a flat" 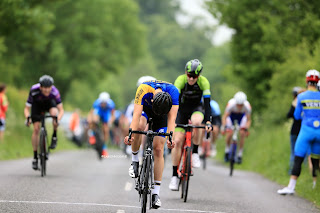 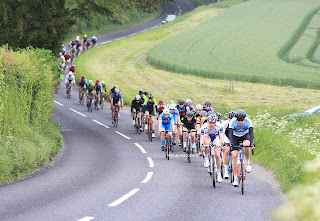 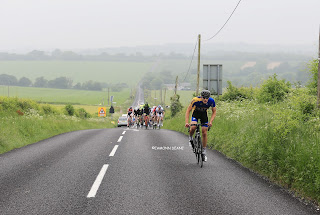 
Liam Bromiley
“Yes, it was a tough one, I was trying to get in moves all race, I sat in for the first two laps then I went, I got the third prime I think, I wanted to get a bit of money, pay for my entry. I tried to stay away and a group of 6 or 7 bridged across but the bunch were close. When Danny Axford was away, everyone was chasing hard, it was flat out the whole way, so I sat in, about thirty guys back and recovered a bit. Three
guys went on the descent to Owlesbury, they had a good gap but with 3km to goI could see them coming back, on the last little ramp I moved up the bunch, a few guys went so I sat on the wheels, got towed up and just hit them!! It was really tough, I had another guy with me, I told him “I will take you to the finish but don’t come round me”. I knew I would have the legs I have been working on my sprint”

Thomas Scott-Collins
“Gutted, I punctured with a kilometre to go and finished on a flat tyre, I like to think I could have won but Liam was proper strong, in fairness I could not come round with a flat, he was going hard. I punctured on the start line as well”


Edward Giles
“ Fantastic result, my best so far this season, it was a pretty tough race on a tough course, definitely a tough active race, I amazed it came down to a bunch sprint, when Liam went I thought that’s way too fast for me i’m gonna have to wait for the sprint”

“Danny Axford
“We got straight onto it, I was feeling really good at that point, I thought I might as well commit and go for it but it was a lap too far, it was ambitious. It was good to get stuck in, I kind of regretted dropping James McCarthy but I was in the zone. The gap was coming down, after I got caught that was it, I had given everything. I was watching Liam, I knew he would be up there, I had him marked down as one of the favourites”

Tom Morris
“It was pretty tough one, constant attacking, trying to get off the front, there is no pressure I wanted to show the jersey off in our own race, I tried all race, to be in every move, I knew at the bell I had to attack and give it a go, I knew if we get two or three away the others would not want to chase on the last lap, I thought we had got it but the other two (Guildford & Franklyn) were fading, I tried to go on my own, I went but I could hear wheels behind, it was the bunch”

Michael Guildford
“I thought we had got it, I did, I attacked, the other two joined me, we worked together, it was close but we seemed to pull away on the hills, coming into the last corner we thought we had it but it’s a long drag up to the finish. It was more disappointing than getting dropped, I just got swallowed up”


Mark Williams (Race Organiser)
“Its gonna be a bunch sprint”


It is a busy weekend for Portsmouth North End CC, their open 25 mile time trial on Sunday (5th) on the P885 at Liphook has attracted a full field of 120. 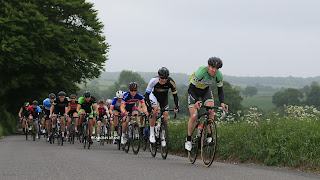 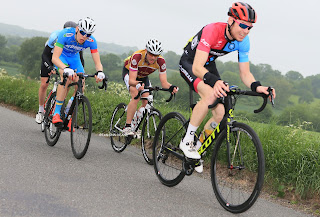 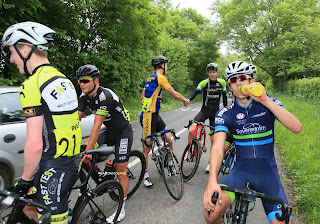 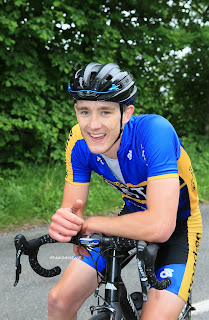 on June 04, 2016
Email ThisBlogThis!Share to TwitterShare to FacebookShare to Pinterest