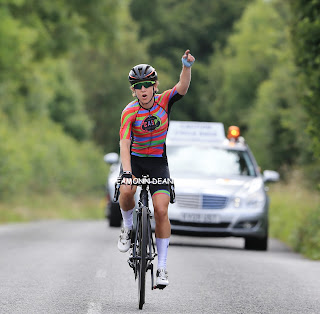 Kim Ashton (CASP Racing) bossed the South Region Road Championships last weekend, riding away from the field to win by 6 minutes. After the race Kim had to dash to catch a flight back to Jersey so we caught up with her via social media for a quick chat.......

Q Great ride on Sunday Kim, did you ever have any doubts?


KA "Before the race I was unsure as to how the result would go but within the first lap I knew the race would be mine , it was just a matter of how it would be mine."

Q How were the legs on Sunday?

KA "The legs were the best they have been for a long time but it's an event that I really aimed for but as with any build up in training and taper down you're never quite sure how the preparation has gone until the day."

Q How were the legs on Monday?


Q Its the second time you have won the title at Owlesbury you must like the course?

KA " The course is fantastic, a proper hard mans course which is right up my street with the climbs and dead roads." 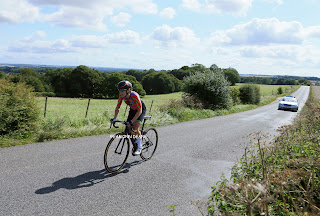 Q Were you surprised at the margin of victory


KA "I was surprised the margin was so big and that I was by myself after only a few laps, but pleasantly surprised and something I had worked hard to achieve."

KA "I can't do any more for the Commonwealth games selection but I have hit the criteria on 5 separate occasions so I'm hopefull that it's enough to secure myself a ticket to Gold Coast to represent Jersey." 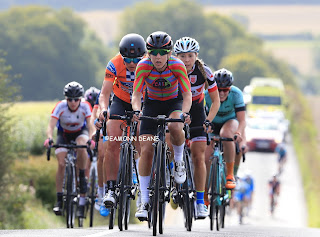 KA "I got to the airport just in time and luckily didn't have any delays which was a first. The flight was nice and smooth, I was quite conscious I may have been smelling a bit fresh after the race though haha."

Q What other races have you got this year?


KA "I've got a few local events which I'll do as training and then I'm finishing my season off at the Duo Normand which I'm doing with my better half, Jim Garrett

Q How did you celebrate?

KA "I celebrated by managing to get both hands off my bars at once across the line ha. On a serious note, I celebrated with my partner Jim on Monday which was also my 30th birthday so it was a great way to start the celebrations by winning"

Two years ago "Local Riders,Local Races" teased Kim after she failed to get her arms in the air after winning.The joke on the line this year was that she had enough time to go back and do it again if not quite right!


on August 23, 2017
Email ThisBlogThis!Share to TwitterShare to FacebookShare to Pinterest