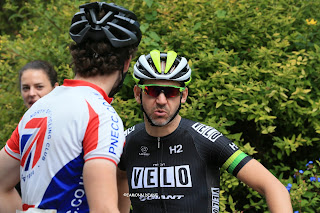 South Region rider Will Bjergfelt will fulfil a life-long dream when he makes his debut in Friday’s time trial at the UCI Para-cycling Road World Championships.

Bjergfelt first represented the Great Britain Cycling Team at the UCI Para-cycling Road World Cup in Maniago in May, before winning a bronze medal in the road race at July’s world cup in Emmen as an independent rider.

Riding for his country at a world championship is a dream that Bjergfelt has held for some time.

“I’ve dreamed of being part of the Great Britain Cycling Team since I was 20 years old. I’m now 38 years old, so 18 years on realising that dream has been incredible.

“I’m incredibly proud to be putting on my national kit and representing my country.”

Bjergfelt’s journey to South Africa hasn’t been easy, having first being involved in the Great Britain Cycling Team as a mountain bike rider in 2007. 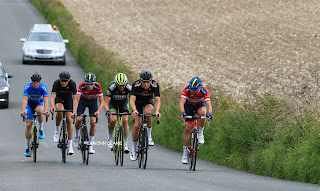 Bergfelt at the South Region Champs 2017

After being hit by a car while out on a training ride in 2015, he has endured a long period of physiotherapy and recovery, returning to the saddle in January 2016 several months ahead of schedule.

“I swapped over to the road in 2009 and had a very successful season in 2015, then unfortunately in September 2015 I was hit by a car and my lower right leg was almost completely demolished.

“The resulting injuries from that have allowed me to be a para-cyclist in the C5 category, and going forwards British Cycling took an interest in me to work towards medals in para-cycling.”

After riding at the UCI Para-cycling Road World Cup as an independent in 2016, Bjergfelt was named on the Podium Potential programme in May, and now has his sights set firmly on a rainbow jersey.

“You have to work so hard to get one, but I’m fully determined to pull one over my head.

“I can see that the competition is so close at the top but I’m chasing that dream right now.”
on August 31, 2017
Email ThisBlogThis!Share to TwitterShare to FacebookShare to Pinterest