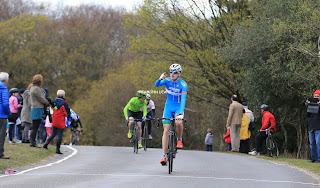 The Men's competition was dominated with a year long Moreton battle between the lone Cannondale rider James Horton and the Primera TeamJobs duo of Ed and Jason Gault. Despite the fact that James brough home four league wins this year, it wasn't quite enough to overhaul an ever-improving Ed, who took a much-anticipated win and a number of podiums at Moreton, along with a haul of points gained at the Henstridge crits and a number of the high-scoring weekend road races. The result of which allowed Ed to nudge in to the lead by just a single point and take the win! Luke Nolan (Cycology Sunwise) took two wins and four podium places in the six Henstridge crit races, which earned him a well-deserved third place overall. 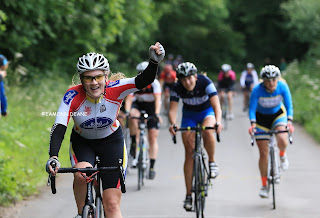 on November 21, 2016
Email ThisBlogThis!Share to TwitterShare to FacebookShare to Pinterest