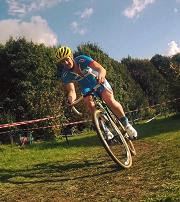 What an eventful week. I'd been lucky enough to ride the new Cannondale SuperX Team Edition disc bike back to back with the current SuperX Hi-Mod canti bike and wow, what a difference. All of the new traits of the disc bike were immediately apparent, but more of that at a later date... All that needs to be said at this point is I must have one, and anyone who knows me, knows I'm not a patient person. The plan for the week was obtaining a new bike!

So this should be easy. Phone the sponsor, Primera Sport, who have been fantastic, order a 56cm bike, wait (hopefully no time at all) and come round 7 of the Wessesx League I'd be astride my new steed. Only not so. Firstly, Cannondale only support three models of SuperX into the UK market. 105, Ultegra and Force 1. No green and black Team Edition (that's US only it appears).…The search for a new bike continues.......

In better news I was sent a new larger skin suit and Specialized Evade helmet, again through Primera Sport, in white to match the "high-gloss don't forget ya sunglasses" Sidi Dragons. The helmet is a fine piece of kit, fitting first time and having loads of adjustment to obtain a comfortable fit. A couple of test rides later and I can report no adverse effects of any kind. No annoying pressure points, no slip, no nonsense. We like it, it stays!

And what a sponsor. When I joined the team at the start of the ‘cross season (the end of their road season) they only had medium skinsuits remaining. Six weeks later and after special allowances, I'm sent a large skinsuit I'm sure Primera Sport didn't have to, but they did, and that in itself speaks volumes...

The course at Sparsholt is a good one. I've raced here a number of times but never seemingly in the dry until today. It's a long course, well over 8 minutes per lap and generally flat with a mix of fast flowing fields on short grass, a few bumpy technical sections, some gravel and a huge number of short switchbacks at the halfway point, all making a course worthy of hosting larger events than the Wessex League alone. Overall a cracking course and a well-run event, much akin to many of the Wessex events over this and previous seasons.

And so to the racing. Gridded this week behind a rider who has only raced one event this season and finished behind me, I find myself a row behind him before the off. Still, that wasn't such a problem as the course provided many overtaking opportunities which I attempted to put into good use from the whistle. Shortly after the start I find myself nose to tail with my two team mates, Oscar Hutchins in front and Joe Andrews behind. Oscar looking super strong and putting the elite road miles in his legs to good use pushing hard out of each turn. I stuck with him for the first lap before he started to ease away going on to finish a minute and a half up. For me the racing was good and once again I found myself in my natural position with Ryan Smith (Maserati RT). Ryan's been going well lately so to be around him is great, along with a couple of other guys including Karl Norfolk. Between the four of us we jockeyed for positions for the final three laps, each trying to escape but to no avail. And so, with a little over half a lap to go I find myself purposely at the front of the group. Half a lap out isn't so bad - still plenty of time to react to any moves, but as the turns ticked away the tension builds. My plan was simple, to get to the final forest section in front, therefore using the single track to recover without the fear of being overtaken, and then be first to the final left hander before launching my finish from there. Hopefully it would be more launched than lunched, and thankfully that's what it was. Being first in to, and consequently out of, the final corner really helps, and on this occasion worked to perfection.

Next up is Oxford Brooks on Sunday 6th November.

James Cotty
Primera-TeamJobs
on November 03, 2016
Email ThisBlogThis!Share to TwitterShare to FacebookShare to Pinterest