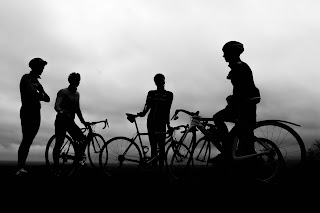 New Kit yet to be launched?
New team BIKE Channel Canyon look set to make their British debut at the 2017 Perfs Pedal race. The new team team, managed by former Pedal Heaven DS Tim Elverson includes two former winners of the south coast classic in its newly released team rosta. Experienced Chris Opie won Perfs in 2012 with rising star Rory Townsend adding the race to his growing palmares this year (2016). Townsend also impressed at the 2015 edition, a race dominated by ONE PRO Cycling. BIKE Channel Canyon have not confirmed they will be in Hampshire on February 12th next year but the UCI Continental team will probably ride a mix of domestic & continental races and Perfs will be an ideal opportunity for the team to lay a marker down for the season. 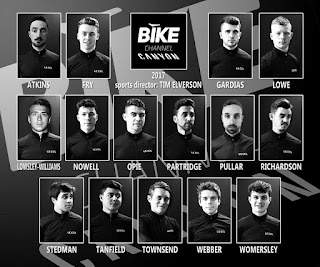 on November 30, 2016
Email ThisBlogThis!Share to TwitterShare to FacebookShare to Pinterest