Smith on Road to Recovery! "My Dream is to Live" 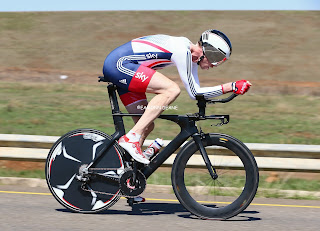 “There’s nothing worse than sitting in this anaesthetic room and looking round the room and thinking God, is this the last room I’m ever going to see for the rest of my life.”

Five years ago Dave Smith was on top of the world after winning a Paralympic gold medal in rowing at London 2012.

However, the road to success in London had been a rocky one.

In 2010, a tumour was discovered in his neck. After undergoing surgery to remove the tumour, he was able to recover in time to achieve his Paralympic dream.

Following his success in London, Smith decided to make the switch to cycling with his main goals being to ride at the Paralympics in Rio in 2016 and become a world champion.

However the tumour returned in 2014 and although he recovered sufficiently to represent the Great Britain Cycling in two UCI Para-cycling road world cups in 2015, as well as picking up two medals on the track at the Manchester Para-cycling International it returned for a third time in September 2015.

Smith initially made the decision to postpone the surgery in order to continue to chase his Paralympic dream.

However in January 2016, while preparing for the UCI Para-cycling Track World Championships in Italy, he got the news he had been dreading. The tumour was growing quickly and he needed to go under the surgeon’s knife once again.

Although the nine hour surgery was a success, Smith was left with paralysis down his left side and began the gruelling rehab process for the third time in six years.

“I remember walking into hospital on the 29 February (2016) fully fit, not a symptom and I woke up on the 2 March and I knew when I woke up something wasn’t right. I couldn’t feel anything down the left side of my body.”

British Cycling spent a day with Smith while he was undergoing intensive rehab in Bisham Abbey in December 2016.

Smith found the rehabilitation process a frustrating one with his progress initially slow.

“I remember one of my goal planning meetings in hospital and they say to you, what’s your goal? And I say to ride for Great Britain again, to make a world championship team. They said to me; let’s just try to get you to brush your teeth.”

Smith explains that his motivation for continuing to push his body through intensive rehabilitation comes from people battling illnesses just like he is.

“A lot of the emails I receive are from people battling cancer or battling tumours and just having hard times and I sort of feel if I gave up then I’m also giving up on them. I thought I have to keep going because there’s so many other people that are holding on to what I’m doing that it won’t just affect me if I give up.

“A lot of people I know are paralysed in life and there’s nothing wrong with them, but they let fear hold them back from what they want to do. For me I wanted to be an athlete, I wanted to ride my bike, so I wasn’t going to not do that.”

In February this year, 12 months on from the surgery, Smith was given the all clear. While he does dream of riding for the Great Britain Cycling Team once again his main goal is to stay healthy.

“My ultimate dream is to live. I’m only 38, I don’t want to die. My race is about staying alive. It’s about trying to live and my medal is life. You can’t run from your opponent. My opponent is my tumour. I can’t hide from it. It’s there.”

on July 05, 2017
Email ThisBlogThis!Share to TwitterShare to FacebookShare to Pinterest