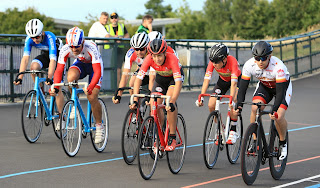 Tom Day (Poole Wheelers) was the star of round 3 of the Active Dorset summer track league at the Bournemouth velodrome. The 14 year old rode with confidence and maturity winning the Elimination race, the scratch and the sprint. 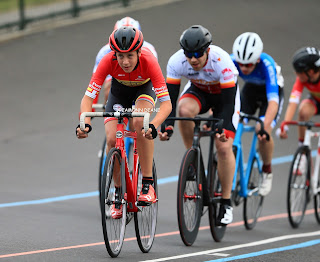 A club 10 the previous night, another track meet the following day and a circuit race the day after that, the youngster just "wants to ride his bike" according to dad Chris. 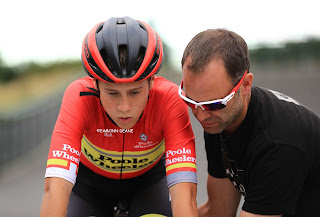 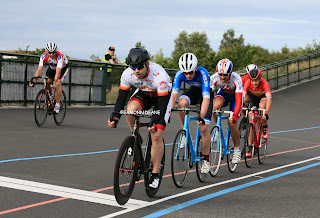 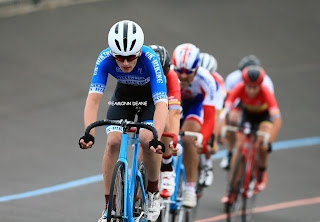 Gilham nearly caused a shock in the final 30 lap scratch, going for glory with 2 to go, only to run out of legs as Day snapped at the veterans heels. 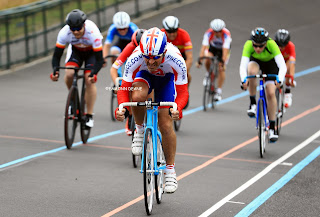 Alan Collins (Portsmouth North End CC) continues to rack up league points with 2nd in the warm up, 3rd in the elimination & 3rd in the 30 lap scratch but a win still eludes the Pompey man, he lost out to Day in the sprint this time. Isobel Sharp (Poole Wheelers) dominates the youth racing, winning all but the final 10 lap scratch, James Bourne (Bournemouth Arrow) the winner. 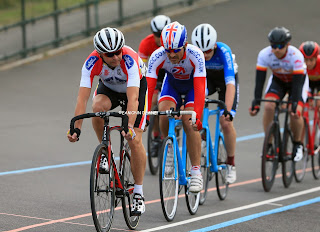 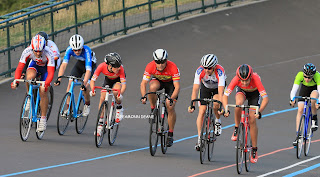 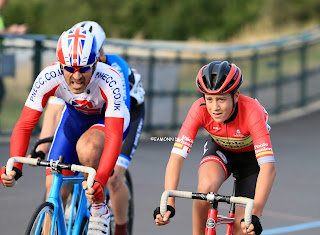 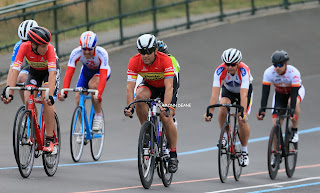 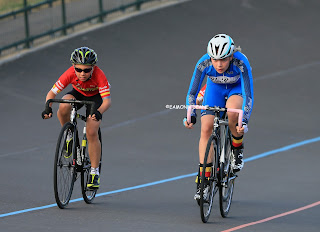 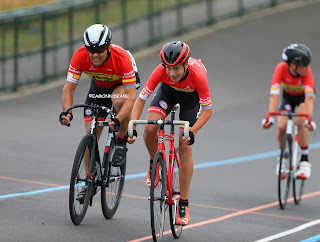 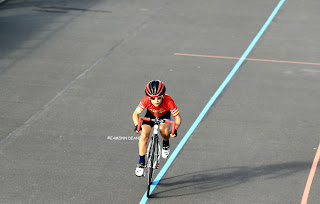 on July 07, 2017
Email ThisBlogThis!Share to TwitterShare to FacebookShare to Pinterest