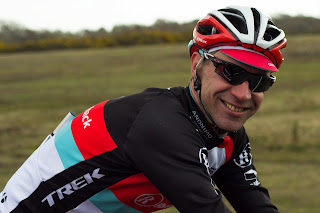 Tour De France stage winner, Jens Voigt took part in a charity ride in the new forest to raise funds and awareness of epilepsy. Ride organiser and local fundraiser Stuart Grace (GA Cycles) is the father of Amy, who has suffered with Epilepsy, ADHD and learning difficulties for 15 years. Throughout their long-standing friendship with Jens, Stuart and Amy have received incredible support, and Jens has regularly helped to raise money for this very worthy cause. The ride raised just over £6000 and Voigt also donated a stack of team issue clothing. Voigt enjoyed the ride and tried to chat to most of the riders during the 3 hour tour around the forest. He even said he would like to do the same next year! Back at the ride HQ near New Milton, Jens was happy to sign autographs, pose for photos and oversee the free raffle, which included turbo trainers,Muc-Off cleaning kit and £600 worth of Schwalbe tyres. 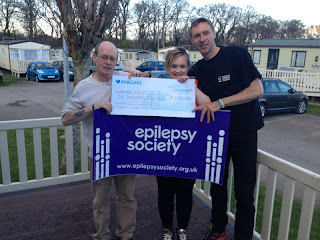 on May 02, 2013
Email ThisBlogThis!Share to TwitterShare to FacebookShare to Pinterest