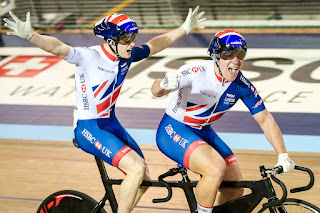 Twenty-six riders have been named and are split across the podium and podium potential groups.

The podium potential group includes some new faces with Mel Nicholls, a former wheelchair racer and silver medallist at the 2015 IPC World Athletics Championships, making the transition to cycling, while experienced rider Will Bjergfelt joins the squad for the first time. They are joined by David Smith, who continues his recovery from surgery, Simon Price, Craig McCann and Liz Saul.

“We enjoyed a really positive start to the Tokyo 2020 cycle at the 2017 UCI Para-cycling Track World Championships and we believe the riders that we have named in the programme have the ability to continue to deliver medals in the short, medium and long term.

“It’s also exciting to welcome some new faces on to the squad. Matt Rotherham enjoyed an impressive start to his para-cycling career at the track worlds and we are looking forward to welcoming Mel Nicholls from athletics as well as Will Bjergfelt to the podium potential squad.

“Today’s squad announcement and the changes to our pathway structure put the para-cycling squad in a very strong position as we start to look towards Tokyo 2020. With the announcement of the riders on our new foundation squad still to come, it’s an exciting time to be part of the para-cycling programme.”