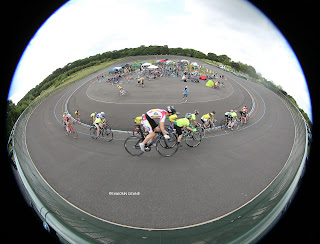 Bournemouth Council is set to take over the management of the Bournemouth track. Bournemouth Cycling Centre Ltd (BCC) was set up in March 2011 to facilitate the use of the Slades Farm facility which opened in July 2011. BCC was registered as a “Not for Profit” organisation, staffed by volunteers. Bournemouth Council informed BCC of their intentions to manage the track directly, last August, effective from October 2015. BCC raised concerns around day-to-day management, particularly, bike hire and the centralised booking system, in response to these concerns the local authority agreed to reconsider the matter. However following a meeting in early December, Bournemouth Council decided to go ahead with their initial plans, including all revenue payments being made via a Local Authority BACS system. This loss of revenue will leave the BCC unable to operate, the Directors therefore deciding to wind up the company at the end of this financial year, 2015/16. A statement from BCC reads…
The Directors would like to place on record our thanks to Roger Papp who
has served the organisation as Operations Manager magnificently since its
inception. Roger’s skill, energy, drive and commitment during his time of
office will be appreciated as much by the successors to his duties in the future as his colleagues within BCC Ltd did during his time in post
“Local Riders,Local Races” spoke to BCC Director Alan McRae who added..
“From a personal perspective, after the 15 years it took to get the Facility built, I’m proud of the way a group of Volunteers has operated the Centre over the last 5 years and how it’s use virtually 5 nights a week in the summer weeks has been achieved while establishing a very positive relationship with the other Community users at Slades Farm. Absolutely none of the bases for objection to the building of the track, expressed prior to achieving Planning Permission, have materialised.”

“LR,LR” has also asked Bournemouth Council about the change in track management, including concerns over pricing and booking and recieved this statement..
In 2015, British Cycling (the National Governing Body) informed the Council that changes would be required in the management of the cycle track at Slades Farm.

When British Cycling originally provided funding for the facility in 2010, it was agreed that the Council would enter into a Management Agreement with Bournemouth Arrow Cycling Club.

Bournemouth Arrow Cycling Club subsequently formed a company, named Bournemouth Cycling Centre, as a not-for-profit enterprise to manage the day to day running of the facility on the behalf of the Local Authority.

British Cycling have retained an outstanding award sum, pending a suitable agreement being set up, with a requirement for some outstanding Project Conditions to be met:

• They want to see the Council undertake direct responsibility for the management and operation of the track facility, rather than through a third party such as Bournemouth Cycling Centre Ltd.
• They want to set up a Community Use Agreement between themselves and the Council, set against a development plan with the provison of usage data for the track.

Therefore, from the start of the new cycling season, the Council will manage the track directly, assisted by a ‘Steering Group’ of volunteers. This Steering Group will create a strategic management plan for the track, to include:

• A timetable of activity, including pricing structure
• A programme of events, including looking at previous and existing bookings
• Areas such as track operations and maintenance

To maximise usage opportunities for all ages and abilities, the Parks service are developing an online sports booking system, which will enable the booking of a number of sports activities across the Borough. Whilst this is currently in development, this would therefore be the ideal time to include taking bookings for the cycle track through this system.

Bournemouth Borough Council is extremely grateful for all of the hard work done by volunteers at the cycle track since it opened in 2011.

We would very much like the current Directors and other individuals that have worked so hard in running the track to continue to be involved in the facility as part of a revised structure, working closely with British Cycling and this has been communicated to them.

We very much hope that this new way of working can open up further opportunities and benefit the facility and cycling as a whole.


on January 27, 2016
Email ThisBlogThis!Share to TwitterShare to FacebookShare to Pinterest