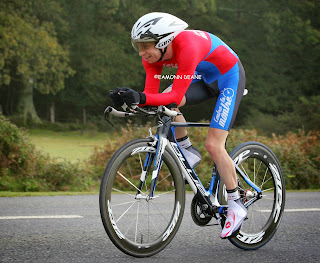 After Qualification for the ironman world championships was comfortably secured in May at IM Lanzarote, October saw local Triathlete and experienced time triallist, James Gilfillan, head out to the Kona, on the Hawaiian Big Island, to compete with over 2000 other athletes in an attempt to add the Ironman title to his world 1/2 ironman title from 2010. For long distance triathletes the Hawaiian Ironman is the pinnacle of their career, ranking alongside the Olympics and Tour de France, and sees many thousands try and qualify every year.
The swim, bike, run event racks up 140.6miles of racing in anything between 8hrs and 17hrs, with the biggest cheers for those athletes finishing around the midnight cut off time! For James it was his first trip to the Big Island and the notorious winds, lava fields, heat and humidity. The target was a podium place in the 35-39 year old age group and confidence was high after taking overall victory in the Age Group category in Lanzarote, however nerves were equally high after spending time trying to acclimatise to the climate.
The high quality field and big swell resulted in a tough swim, with bumping and bashing being commonplace all the way to the last metres, exiting in 5th place in his age group the race was off to a good start. A brief headless search for his bike wasted a minute and a few places.
Out on to the bike and the race was really on and the opposition were quickly being reeled in, moving through the quicker swimmers, James hit the front of the age group race about 65 miles into the bike. Many of the professional women, who started 20 mins earlier, were also passed. The legendary winds put in an appearance and had a significant part to play, leaving some cyclists weaving across the road and some coming off their bikes, as the wind rolled down off the volcano catching on the flat surfaces of front wheels and bike frames.
Onto the run and whilst safe from the wind, the sun and humidity were going to play their cards. The run consisted of a 10mile out and back along the coast where support was regular and vocal, James lost a place in his age group, but kept a solid pace, keeping the leader in sight. A second longer out and back took the athletes out of the town and into the lava fields. The clouds rolled in to shade the runners, but the pace took its toll and first place pulled away leaving James to hang on to second, and hang he did. Finishing in a pb of 8:59:47hrs, to take 2nd place in his age group, 31st overall, and quickest British athlete on the day.

on November 25, 2014
Email ThisBlogThis!Share to TwitterShare to FacebookShare to Pinterest