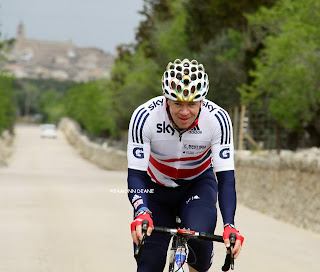 Bournemouth Arrow cycling club old-timer, Dave Moss called him “young Barney Storey” and still does. "Mossy" had been around cycling long enough to spot talent and he liked what he saw as the 12 year old cleaned up at the Poole Park track league on a bike borrowed from the Dorset Cycling Development group. (DCDG).
“It was £3 for a win, £2 for second and a £1 for third, the local fish & chip shop then sponsored the event, it was an absolute money maker for a 12 year old, £9 for the win! All my components in those early days came from prize money.”

Like most kids, Storey’s first love was football but he was mucking about on a mountain bike and was persuaded to join Bournemouth Jubilee Wheelers He recorded 30:20 in a club 10 on his first road bike, a Falcon with suntour index gears, a bike on which older Brother Andy would take him into the Purbeck hills for 4 hour rides, “mum & dad would be in major panic mode when we failed to return after an hour!”
He is acutely aware without the availability of facilities and equipment he may never had got so far. “Without the DCDG, I would never have found the track, we were not really well off and my parents would not have bought me a track bike, it was really, really important”. By the time he was 16 Storey was unbeatable at the short distances, especially on his pride and joy, a second-hand Raleigh 531 yellow track bike. “I absolutely loved it and I was getting physically stronger so I could keep up in the endurance races as well. I was doing all the town centre circuit races by now, in my last school boy race I beat James Taylor, that was a penny dropping moment for me, James was a multi-national champion and was winning everything in those days.” A career as a buildings inspector for the local authority beckoned and at 18 there were more attractive options than bike racing. “I kept riding a bike but not very quickly” As well as the track, the road had always appealed to Storey and it was the road that helped him regain his focus. Castle Combe, Thruxton, Goodwood and Barnsfield all contributed to his apprentiship. “Racing at Goodwood, Andy was basically my domestique, Andy was leathering himself and I would try to clean up all the prime’s, if we got a win as well that would pay for the curry on the way home. It was as mercenary as that”. 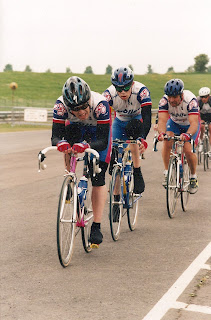 Flashback! Andy Storey on the front followed by Barney and owner of Prendas, Mick Tarrant racing for the sprint finish at Thruxton, nr Andover.
Andy was very good to me in the local chippers, he could attack all race and set it up for me, it was really important for both of us” “Local Riders, Local Races” had caught up with Barney in Alcudia, Mallorca. Sitting in the lobby of the Vanity Golf hotel he was clearly enjoying talking about the past but already has an eye on the future. The two week endurance camp for the Para cycling tandem pilot was the first step on the long road to Rio 2016. Jason Queally, Craig Maclean and Pete Mitchell are all knocking on the door, competition is as competitive as ever among'st the pilots and this is on his mind as he starts another block of hill efforts that break up a 4 hour ride. 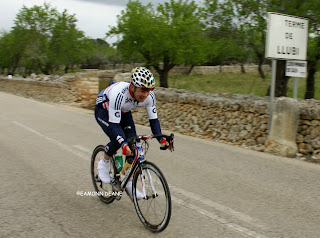 Storey turned 36 on the camp, wife, Dame Sarah, will give birth to the couple’s first child in June, time is moving on…….. Back in 1997/98, a career as a bike rider was at the back of his mind. He had got himself a coach and rode the National track championships at Manchester “I got an almighty kicking but I could see then everything was in front of me. Those guys were going that quick, they can’t be that much better than me, at a time when the quickest sprinter in Britain was going sub 11, anyone can do that now! The Good Friday meeting at Herne Hill in 1999 was another penny dropping moment for Storey. “I got second in the White Hope sprint behind Richard Strawford, that was a big result, people took notice of that” (He was also second the following year) After Sydney 2000 Storey was invited by coach Martin Barrass to train with the sprint squad “The first time in the Gym with Hoy, Queally and Maclean, I was massively intimidated, but they welcomed me in with lots of mickey taking.” That was as good as it got for Storey, honest self-assessment and a realisation of his ceiling, “I thought I could be that fast but did not know how I was going to do it” In late 2001 he switched to riding as a Tandem Pilot on the Para-cycling squad. A European title with stoker Rob Allen, secured funding for the following year, so Storey resigned his job and moved to Manchester to train full time. Athens 2004 was a learning exercise as much as anything, 2 gold’s followed in Beijing with Anthony Kappes and a gold and silver in London with Neil Fachie. He has no regrets; it was the “right decision” to switch squads. “I still think there is more in me, I can definitely get physically better, a better all-round bike rider, the one thing I have learnt is not to plan 4 years in advance, the front of your mind should always be your next race that is ultimately what you will get judged on. I absolutely love riding my bike, the older i get the more i appreciate it, it’s better than working for a living.” There will be no return to Building control that’s for sure, coaching is an obvious pathway and something he is already pursuing. “As athlete’s you have to take a good look at yourself, asked if your career ends tomorrow would you be happy with what you have done, if the answer is yes then good, if it’s no then you have either wasted an opportunity or been unlucky. I have been very lucky” 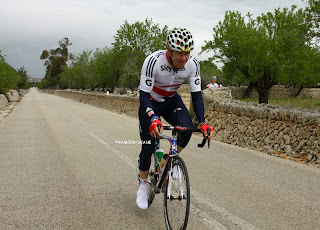 Barney watched by the Missus
*Bournemouth Jubilee club coach John Fear had a huge influence on Barney's introduction to cycling. Like club stalwarts up and down the country, Fear worked tirelessly, turning up for coaching sessions, often in the pouring rain, setting up and putting the bikes away. "A thankless task" says Barney. 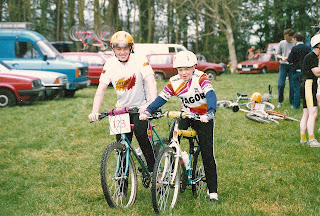 Storey brothers Andy (left) and Barney ready to go at local MTB race in the 1990′s at Inside Park, Blandford Forum

Postscript: In April 2013 Barney lost his place on the squad and with it his funding.
on April 01, 2013
Email ThisBlogThis!Share to TwitterShare to FacebookShare to Pinterest