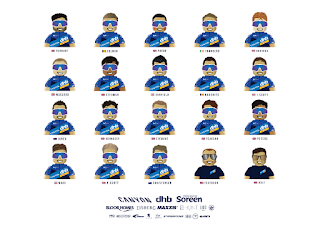 TIM ELVERSON RECRUITS 5 NEW RIDERS FOR CANYON DHB p/b SOREEN
Tim Elverson has unveiled an 18-man squad who will ride in the colours of Canyon dhb p/b Soreen next season.

The owner and sports director has retained the services of thirteen members of this year's Canyon dhb p/b Bloor Homes line-up.

And he has added five new faces, among them an Australian and another Belgian, as he prepares for the UCI Continental team's fourth season. 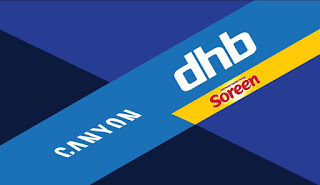 "2020 is going to be a great year. 70% of my squad is staying the same, so we should pick up where we left off and I think the five guys I’ve brought in will fit in well in terms of attitude and desire to win."

Rob Scott, former National U23 Road Championship winner, joins us from the now-defunct Wiggins Le Col, and is our youngest new rider on the squad.

Alex Peters, who formally rode for Team Sky, makes a return to racing in 2020 after leaving the sport in 2017.

Jérôme Baugnies, arrives from UCI Pro Continental team Wanty-Groupe Gobert, where he has been for the past six years.

Australian Brenton Jones comes from UCI Pro Continental team Delko Marseille Provence where he has been for the past two years. Prior to this he rode for JLT-Condor.

Elverson’s decision to recruit a couple of older riders may come as a surprise to some but he believes they will add an extra dimension to his team. He added:


"The average age is 24 which is slightly up from last year, but I believe the increased experience of Jérôme and Brenton will allow the other riders of similar style to learn and blossom.

"I also believe we have a few guys set to have a breakthrough year, so it's going to be a great season ahead." 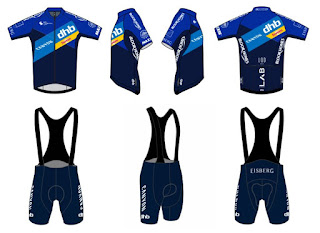 on December 05, 2019
Email ThisBlogThis!Share to TwitterShare to FacebookShare to Pinterest