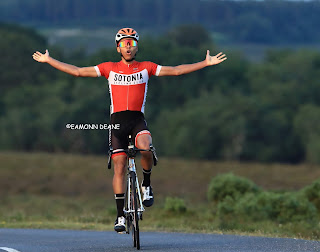 Red Walters has signed for Vitus Pro Cycling for the 2019 season. Still only 19, Walters from Bishopstoke in Hampshire, enjoyed a successful 2018 season riding in the colours of the Sotonia Cycling Club and now looks set for bigger things. "[I am] honestly so excitied especially with the line up we have now. We haven't sorted out programme specifics yet, but I think I'll be doing a lot of the tour series as I suit that kind of racing pretty well. Equally though, I'm really keen to get some experience and maybe even some good results in the Prems too. If I can get as many gains as I did last year, I never know what could happen. Yeah obviously incredibly excited to have made the step up to Continental level, something I had my heart set on half way through the year as I felt I needed to make that jump to continue developing at the same rate. With riders like Ed Clancy and Graham Briggs on the team, it makes it that much better as they have so much experience at that level, and I'm always keen to learn. I know a lot of guys my age might think they have it all sussed out but I'm always hunting for information and advice from people who know what they're doing. Like they say, knowledge is power! Literally! The other great thing is the kit, it's really nice to know I'm riding a tested Aero bike from Vitus and Velotecs skinsuit which has been proven to be one of the fastest around. Anyone who knows me, knows my bike seems to be in a permanent state of bodge in some way or another, so its nice to have some solid kit." commented Walters
Managed by Cherie Pridham, the recently announced Vitus Pro Cycling rosta includes Olympic Gold medalist Ed Clancy, former JLT Condor rider Graham Briggs, Alistair Slater and Chris Latham who joins from the folded One Pro Cycling.Winchester Criterium winner Frederik Scheske has also been named in the 12-man squad. 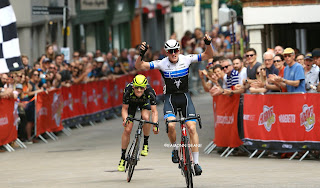 We featured Red Walters back in the summer. Click on Red to Check it out!

on November 13, 2018
Email ThisBlogThis!Share to TwitterShare to FacebookShare to Pinterest