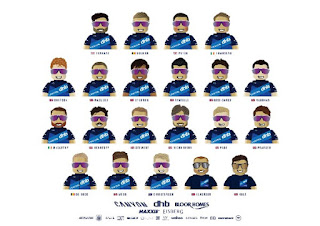 The owner and sports director has retained the services of eight members of this year’s Canyon Eisberg line-up.

And he has added 11 new faces, among them two Belgians, as he prepares for the UCI Continental team’s third season.

Meanwhile, Lincoln Grand Prix champion Alex Richardson returns to the team having raced in its inaugural season in 2017.

“I’m very pleased with the team we have signed. It’s a big squad but that is intentional as we will be running a split calendar, racing both at home and on the continent.

“I’ve been able to bring in some exciting young guys and some race-winning experience to enhance them.

“The average age is just above 23, so continues the process of developing young talent, which is very important to me.”

Manxman Bostock has ridden for the 100% ME squad for the past three seasons, while his former team-mate Hennessy arrives from Mitchelton - BikeExchange.

Elverson’s decision to recruit two Belgian riders may come as a surprise to some but he believes they will add an extra dimension to his team, especially with an increasing European programme. He added:

“We have raced a lot on the continent in the past couple of years. I like the Belgian and Dutch style of racer and that is generally how I set my team up.

“I thought it was worth a look. I wasn’t going to go just based on CVs. I wanted to wait until I got to know people, saw them race and was happy they fit.

“I like the attitude of Stijn and Alex. They will really suit our programme. It is easier, in a way, to leave riders in Belgium and come back for the big British races.

“I still want our development riders to primarily be British because that is what it is all about - bringing on young UK talent.

“But they need to have their eyes opened to lots of different styles, so having Belgian riders in the team will do nothing but help them.”

on November 29, 2018
Email ThisBlogThis!Share to TwitterShare to FacebookShare to Pinterest