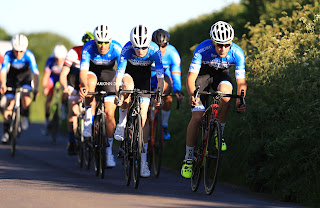 "We are going big this year on the Cross Country side, targeting national podiums and titles. For the road we have promoted a number of promising club riders who will be coached by e3coach.com and targeting Dorset League and other southern races.We will also be supplying some of our most promising sponsored XC riders with a bike, painted in custom colours via the trek project one system. 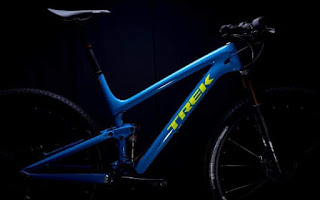 The team has had a great start to the season with Sam and rising star Tony Revell both winning their races at the off camber event" Says team principal, Richard Lang.Established in 2010 and now Sponsored by Bournemouth Cycleworks & Trek, UK BIKING, led by Lang are also behind the popular TLI Moreton race series in West Dorset, the 2018 series runs for 12 weeks and kicks off on May 3rd. "Local Riders, Local Races" caught up with team member Sam Humphrey, and asked him a couple of questions ahead of the new season. 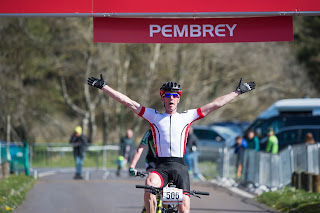 You have been around a while Sam,tell us more?

"I’ve been at this a while now! I started off with BMX racing when I was 8 years old, I was OK at it but nothing special……what it did do though was shape the technical skills that would later be so important in MTB racing.
I fell in love with the Tour De France when I was about 11 or 12 as it was always on the telly on channel 4 when July came around, my Dad was a racer way back and still had a keen interest and it sort of rubbed off on me. He said when he raced he would ride 30 miles a day………so that was it, I was out on my secondhand road bike doing my 30 a day………..until the first Muddy Fox MTB’s arrived on our shores!
From the first look….I was hooked, all those gears, big fat tires…..I totally fell in love with the image and the freedom of the go anywhere bike. At 14 I got my first MTB, a Saracen Tufftrax, I rode in all weathers! And did my first race that same year, 1988 I think it was. I rode well in the senior class as I didn’t know there was a junior race! And by the end of the year I had won three junior races and travelled around as far as the inside park surftracks challenge race in Dorset!!!!
My local shop then helped me out with a bike and that second year I went on to finish second in the national series, the bug had bitten!
Two years later I became national champion and finished 5th in the world championships in Canada which made up for the disappointment of puncturing out of the world champs in Italy the year before.
I sort of dropped out of MTB racing for a while after that……just doing the odd bit here and there and struggled a bit with some injury and health issues……it pretty much devastated me as I just could not get back to a good level for ages.
I then got back on track and decided to head to France to have a crack at road racing. I was based in Normandy with a division 3 elite club called St Lo. I held my own for a couple of seasons and had a win or two, but just never really loved it and came home…i had lost the love totally by this point.
I kicked about for a few years…..until I was rescued by triathlon! A mate laid down a challenge to see if I could run and swim instead of “just ride a bike”
In the space of three years, I went from struggling to swim 3 lengths of my local pool….to finishing second overall in the Oregon scientific national Olympic distance series and fifth in my class at the Xterra world champs in Hawaii…where I met my future wife!!!
Whilst doing this, I also took part in the very first running of the BBC series SAS are you tough enough! Back in 2003! and managed somehow to be one of only 4 people that completed the selection process!
I kicked around a bit more…… then drifted back towards MTB racing as a bit of a hangover from the Xterra stuff……I managed to win the set 2 rise 12 hr a couple of years on the trot and got 3rd at mountain mayhem 24 hr……never again! I went out and rode the Ruta de los conquistadors stage race in costa rica with my wife as support crew……that was an awesome event, my main highlight was climbing the volcano road which was a 30KM climb in a group with Roberto Heras…(one of Lance Armstrong’s mountain domestiques)
I managed 5th in class there too before rocking up to a national MTB race a couple of years later at Margam Park……..where it seemed MTB’s had changed beyond recognition! They had 1 chainring, 29 inch wheels……it was a real eye opener!
I really had fun again and was close to being on the masters podium pace…..so with the support of my wife, I took the plunge again.
So for the last 3 years I have raced the national series as a Vet and been on the podium at the national champs every year, with 2017 being a great year with winning the southern series, winning one of the national rounds and getting third in the series. I finished off the year by racing the swiss epic as a mixed pair with my wife where we finished 4th in class…….and now she wants to go back!
And breathe!"

"I am lucky enough to work with E3 coach currently and we have built a good flexible approach to my training….I am also blessed with enough natural ability that I generally don’t need to train too much to be competitive……..which luckily means I manage to keep a fairly good life balance!
I use a wattbike at home and primarily focus on power for those sessions as its really measurable and repeatable……although through the winter months I have become a bit of a “sufferfest” lover!
My favorite ride is in the Pyrenees where my wife’s parents live and whenever we go, I try to get out on this loop. Its about three hours and has two pretty good climbs and if I see more than 5 cars…….its been a busy ride! I love being in the mountains and have bagged a few KOM’s over there, but I only get there a once or twice a year.
In the UK, I have a route that takes in most of my local hills as well as the infamous Gold hill! And it is essentially a 3 ½ hour hill interval ride, its mainly around the chalk valley, Shaftsbury and Cranborne area……I call it “the classic” and a couple of weeks back I took my team mate Tony Revell round it with me……where he kicked my ass! If anyone is up for it, drop me a line and we will get round it……but bring your climbing legs!"

So the 2018 season started great, but I know it will be really tough this season, the vets class is unbelievably fast at the moment with elite racers like Paul Oldham ( multiple three peaks winner) and perennial winner and ex Olympian nick Craig I will have my work cut out! Although I did beat them both last season at different venues.
I have been fortunate enough to have been offered a place on the Bournemouth cycle works/ UK Biking/ trek team and the racing has begun……I have managed to win the first Offcamber marathon race and the Merida brass monkey 4 hr race for my new team who have given me fantastic support……I have an amazing team bike and have been able to tap into their expertise in bike fitting and they have even made me some custom shoe insoles………two wins so far says this is all helping!
I am hoping to get on the podium at every national points series race if I can, I want to try and win the national championships on the Olympic course at Hadleigh farm in July and see if my wife and I can make the podium at the Swiss epic this year!
I will try and compete in as many of the southern series race’s as I can, but time off work is limited as I work shifts and it can be difficult to get weekends off!
Overall I am just looking forward to being in the mix and being part of an exciting team with some great local talent and seeing if I can help some newer racers by lending them my experience if they want it."

on January 21, 2018
Email ThisBlogThis!Share to TwitterShare to FacebookShare to Pinterest