Portsmouth & web-based club, iTeam.cc move up a gear for 2016 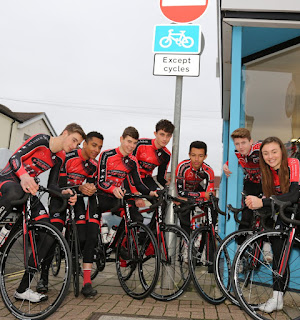 Normally a Race Team is set up around a headline sponsor such as a bike shop, and then riders are recruited from surrounding local cycling clubs. Coach-led club i-Team.cc is trying a different approach, to take advantage of what they see as a ‘once in a decade’ event - 7 of their most talented home-grown youth members will all be racing as Juniors together in 2016. The formation of this new Team completes the club development pathway that starts with a youth section, ‘Portsmouth School of Cycle Racing,’ progressing on to a ‘Racing Development Squad’ for 15+yr olds.
Team Manager, Guy Watson, explains the advantages of this new approach & outlines how it will work:
• The riders already know each other well, including their team mates’ individual strengths and weaknesses
• The riders are already well bonded as a team, and already motivate, encourage and support each other
• The riders know their coach and Team Manager, now how to train smart and work hard.
• The Junior Race Team is being funded by some generous patrons and together with support from Southsea Cycles and some negotiations with suppliers, we have been able to secure an excellent team package that includes: 1-2-1 Coaching Package from PowerCoach, Custom Junior Race Team Road Bike from Moda Bicycles, 3D Bike-Fit from Southsea Cycles, Lake CX331 shoes
• Plus, any additional help that can be negotiated with any suppliers & supporters who wish to be associated with the team. 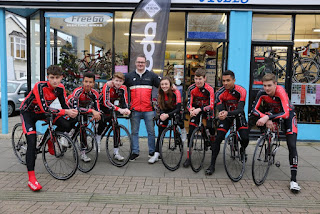 A Balanced Approach:
• We understand how competitive it will be to gain entry to Junior National Series events but the team aims to be competitive in Regional & National Events such as the Junior Tour of Wales and Tour of the Mendips etc.
• Riders will have very clearly defined responsibilities to their club, sponsors and supporters. Riders will be taught how to maintain their bikes and not expect everything to be done for them. Riders will be taught how to be ‘Brand Ambassadors’ for suppliers associated with the team.
• In short, we want riders to feel that they have some support – but not feel like ‘they’ve made it,’ so we want them to get used to looking after their sponsors and fulfilling obligations to the team, club and supporters.
About i-Team.cc “A coach-led club for all abilities, with a big focus on youth development”
Formed in 2003, i-Team.cc was the first club in the Portsmouth area to place a big emphasis on youth and grass roots development. With it’s youth development section, it has achieved a great reputation for helping identify and nurture young talent - most notably, helping with the early careers of 2012 Olympic Gold Medallist Dani King, 2015 European Gold Medallist Jon Dibben and now with current Multi Junior National Champion and Olympic Team member Joe Truman. Please see www.i-team.cc & www.psocr.com for more details. 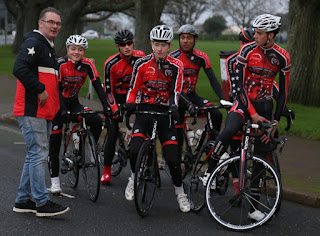 on December 23, 2015
Email ThisBlogThis!Share to TwitterShare to FacebookShare to Pinterest