3C Cyclexperience Women’s Race Team is a new team formed in 2015 supported by the shop Cyclexperience at Hythe in Hampshire and the company, Really Useful Box. Established to bring together women wanting to cycle competitively and develop their racing skills. 2015 has been about building experience with many of the 9 riders competing in their first races. The 2016 season will focus on establishing the team at a regional level. 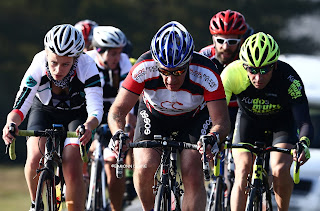 On the Saturday 3rd October myself, and four other members of our newly formed women's team arrived in Downton on the outskirts of the New Forest for the 19th 2-Day Stage Race run by Glenn Longland.
I'm not going to lie, I was nervous! Worries about my fitness and visions of cycling 50km through the New Forest on my own when I inevitably get dropped from the majority male (and subsequently fast) peloton I'm racing against are running through my head. For all five of us, it is our first road race and stage race.
We all arrive, register and begin the inevitable faff that precedes all rides...
'How many gels are you taking...?'
'...What are you wearing - long sleeves or short...?
'...One bottle or two??...'
'...Have you got a track pump I can borrow?'
On registering we find there are only 6 women in a field over 60 riders, five of us from 3C Cycle Experience/Really Useful Box (3C) and Anna Morris from Southampton University (SURC). That's ok, we reason with ourselves, we fully expected to be racing with the men and there are enough of us to have a little battle between us. But still... those butterflies grew a little.
First off, the prologue. A short 500m steep section of road which flattens off to a steady drag up a narrow country lane for a further 2km, the results of which determine where you start in the road race later on in the afternoon. The idea being, with a staggered start, all riders get a chance for glory. A really fun way of trying to standardising the field I thought.
In hindsight, or rather 1 minute into the climb, I came to the conclusion that I overdid the first 500m, my speed suffering in the middle section. Good fun, none-the-less and no doubt a lesson learned in letting adrenaline getting the better of me.
It came as no surprise that the results of the prologue had the majority of the women in the first handicap group for the road race. However, a strong prologue ride from Faith (3C) and Anna (SURC) had split our field with the two of them starting 4 minutes behind in the middle group. The third and fastest group setting off a further 4 minutes behind that.
We all lined up and the first group rolled out, the speed ramped up quickly. It took a little while for the bunch to get organised and then we were doing through-and-off. I hover at the back of the group trying to get into a rhythm. Anya and Suzy (3C) start mixing it, moving up to the front. I feel like I should be moving up to the front too but I know it will only take a couple of turns on the front and a hill in the mix and I'll blow up. No thank you - I'm not cycling the next hour on my own.
Over the course of the next 20-40 minutes the undulations of the notoriously ‘flat’ New Forest takes its toll on the group as we gradually reduce in number.
The adrenaline was running high and I had to force myself to settle, '...should I have a gel? Should I take a drink? Can I keep this up? What's my heart rate...? My heart rate it too high! I should definitely have that gel...... maybe I'll have a gel after the hill...' This internal dialog was on loop in my head. And to confirm, I did try to have a gel but I panicked, ending up shooting the whole thing into my mouth in one, having a coughing fit and regurgitating it everywhere.
As the race progressed I got a little more confident and the nerves settled and by the time I was dropped by the group a little over half way through the race there were only 6 of us left and I was ABSOLUETLY loving it. It felt amazing to be mixing it with the guys and it was one of the most fun times I have had on my bike so far.
I was on my own for last 18km but bunches of the later groups would steam past creating a bit of action and the thought of all the girls chasing me was enough to keep me working and motivated. Faith came past with one other rider and I jumped on her tail for a short respite, but when you compare the pain on his face versus the look on Faith's face - there was no way I was keeping up for too long. About 5km from the finish I was fading and Anna came past looking strong to finish 2nd in the women's field. By the time I got to the finish I was exhausted but on such a high.
We arrived on Sunday to a crisp and misty Downton to find the 15 mile TT course was now 25 miles with an out and back to the Ringwood roundabout. More panic about lack of aero bikes, TT bars and pointy helmets ensues as I admired the machines being put together in the car park with a just a hint of jealousy.
Having done a couple of 10 mile time trials over the summer I knew a bit more about what to expect so I wasn’t too nervous. The road out to the roundabout was gently undulating and with a slight tail wind so it felt pretty good. The second half felt tough as it was getting harder and harder to sustain a good speed, all the while bending myself double in the hope of imitating the aerodynamics of my rivals. By the last 2 miles my speed was dropping and I clicked away at my gears trying to find something that my legs agreed with. Relieved to see the finish I made a mental note to add TT bars and a pointy helmet to my Christmas list. 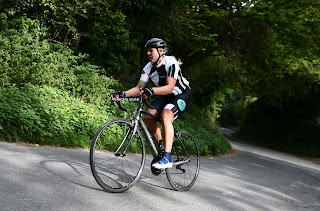 The prize for first overall female was won Faith of 3C-RUB, followed by Anna from SURC who put in a fast TT time, closing the gap between 1st and 2nd to a small margin. The weekend was a great success, our race team learning a little more about bicycle racing and growing in confidence. The relaxed atmosphere at the event certainly helped, we lost count of the number of times people came up to us and commented on how great it was to see more women at the event. Thank you to them for making us feel welcome, we will be back next year! To all those who took part, well done, a great weekend had by all. 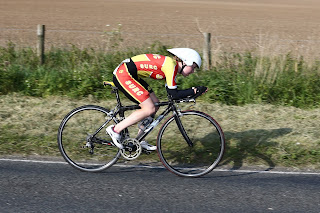 on October 13, 2015
Email ThisBlogThis!Share to TwitterShare to FacebookShare to Pinterest